In a powerful voice that boomed through a Boston courtroom, the father of murder victim Nicholas Fomby-Davis today told his son’s killers to stay away from his family — and admonished them for choosing to kill his son.

[fragment number=0]The two Dorchester men were both convicted Thursday of first-degree murder for the May 20, 2010, shooting of 14-year-old Nicholas Fomby-Davis. Judge Brady today imposed the mandatory sentence of life in prison without the possibility of parole.

But before the judge acted, Davis stood next to Brady and looked at the teenagers, who were once his neighbors, and told them of the pain he and his family have suffered because of their brutality.

“I have to go down to Bowdoin Street, corner of Norton Street, and watch where my son was killed,’’ said Davis, a towering man who was too large to sit in the witness stand as routinely happens in trials.

While he was speaking, Davis’s comments appeared to strike a chord with Fernandes, who appeared to tear up and repeatedly seemed to calm himself by sipping water.

“You should’ve been showing him how to play basketball or something,’’ Davis told the convicted killers.

Earlier during the sentencing hearing, Davis was escorted out of the courtroom by court officers after he exchanged words with the members of the Fernandes family. Two years after the crime, the two families still live in the same neighborhood.

Davis seemed to be speaking to both his son’s killers and their relatives today.

According to trial testimony, Lopes was a gang member who grabbed Fomby-Davis off a scooter he was riding, held the boy, then encouraged Fernandes to shoot him. The motive was never explicit, but prosecutors said Fomby-Davis was an innocent target of gang feuds in the neighborhood. His brother, Nathaniel, had been harassed by gang members before the shooting, and some of the testimony suggested that Fomby-Davis was a victim of mistaken identity.

Fomby-Davis had been riding on the back of his brother’s scooter when they nearly collided with Lopes on Bowdoin and Inwood streets. Moments later, Fomby-Davis took his brother’s helmet and scooter, rode off alone, and was attacked. 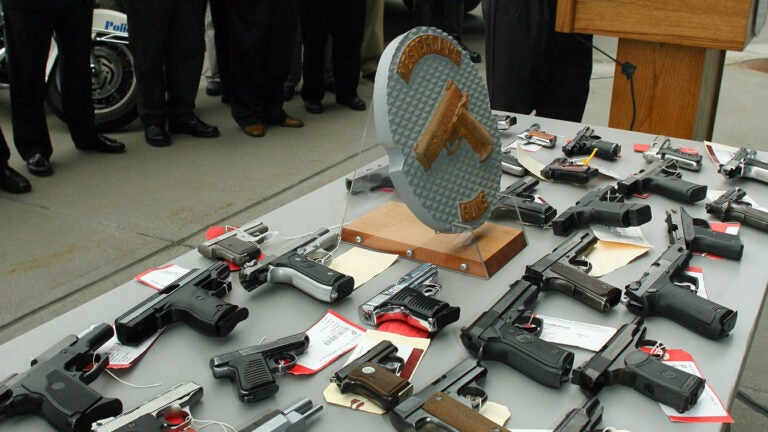 Bring back the gun buyback