Michael Schneider of TV Guide broke the news Wednesday that Newton native B.J. Novak will no longer be a regular on “The Office.’’ We assume that’s because Novak is helping another Boston-area funny person and former “Office’’ star, Mindy Kaling, with her new Fox sitcom, “The Mindy Project.’’ Newton will still have a presence on “The Office,’’ of course, thanks to John Krasinski, who still stars as Jim Halpert on the NBC series. … Speaking of Krasinski, the actor told the Pittsburgh Post-Gazette that “Promised Land,’’ the movie he’s making there with Matt Damon, is not an anti-fracking movie despite what many news outlets have written about the project. It’s actually a movie inspired by his dad, Boston physician Ronald Krasinski, and how he described his upbringing “and how everything was incredibly honorable and loyal and incredibly rather simple in the best way — going to work, having family, having friends, and taking care of what you needed to take care of, and there wasn’t really much else,’’ Krasinski told the Post-Gazette’s Barbara Vancheri. Krasinski gets a writing credit on the movie, as does his co-star Damon and author Dave Eggers. 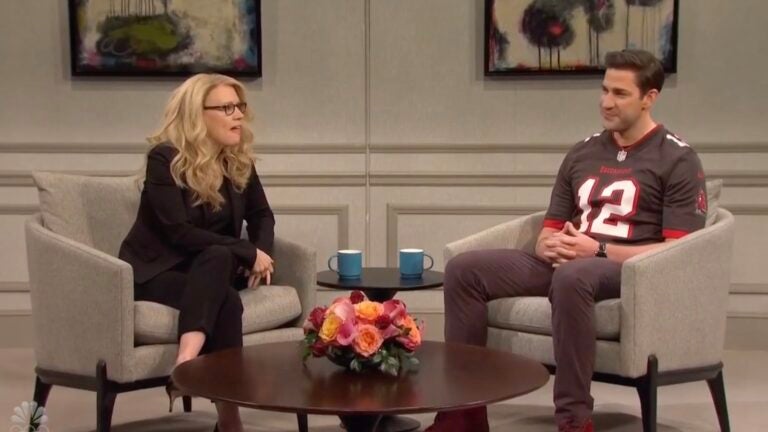