People who have had one heart attack are at an increased risk for experiencing a second one. The body’s own immune response may play a role in precipitating subsequent attacks, according to a study published Wednesday that was led by Massachusetts General Hospital scientists.

Heart attacks and strokes often begin with waxy deposits called atherosclerotic plaques that can accumulate in arteries over years of consuming high-fat diets or smoking. When these plaques rupture, the body activates clotting mechanisms normally designed to heal wounds. In the arteries, however, a blood clot can block circulation and trigger heart attacks and strokes.

The study, appearing online in the journal Nature, reports that an initial heart attack in mice can release cells and molecules that inflame atherosclerotic plaques and make them more likely to rupture. “It’s like a forward feedback loop that accelerates the disease,’’ said Dr. Matthias Nahrendorf of the MGH Center for Systems Biology, who oversaw the research.

“When the goo that’s inside the plaque comes into contact with the blood, it starts the clotting cascade. The body thinks the artery is injured,’’ said Nahrendorf. He and his colleagues were able to mitigate the process using a drug to block signaling by the stress hormone.

“We have a long way to go to see if this same mechanism works in humans,’’ said Nahrendorf. “It’s not going to be easy.’’

Like mice, human patients who die shortly after a heart attack also have an abundance of immune cells in their atherosclerotic plaques, the study reported. Such similarities suggest that keeping immune cells from swarming into plaques could represent a new avenue for human drug research, the authors said.

“I hope this study gets people in the cardiovascular disease community to start thinking of atherosclerosis not as a local disease in the plaque,’’ said Nahrendorf, “but as a general disease that involves the bone marrow and other organ systems.’’ 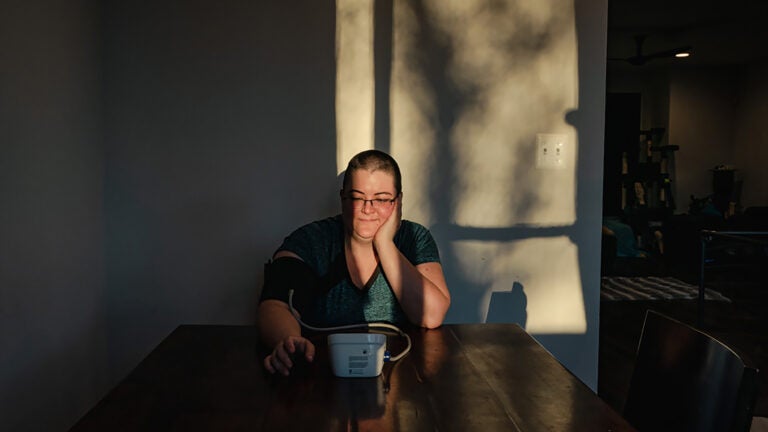