An Oregon man who helped people steal Internet access was sentenced on Wednesday to three years in prison by a federal judge in Boston, as authorities step up a crackdown nationwide on computer fraud.

“I think you committed a very serious crime,’’ US District Judge Mark L. Wolf told Ryan Harris, 28, in federal court in Boston. Wolf said he hopes other hackers get the message that cybercrime has consequences, after the prosecution by the US attorney’s office in Boston.

Harris earned between $400,000 and $1 million over several years from the sale of products that allowed users to pirate Internet access from cable companies by cloning modem addresses, authorities said. He also wrote a how-to book on the topic.

“Mr. Harris acted with absolute, knowing malice,’’ said prosecutor Mona Sedky during the hearing. “He had a desire to punish the cable companies … and he was motivated by greed.’’

Harris’s lawyer, federal public defender Charles P. McGinty, countered that while his client was misguided, he was primarily motivated by anger that corporations could control the speed and quality of consumers’ Internet access.

“He acted on a grievance, as a lot of young people do,’’ McGinty said.

Martin Weinberg, a prominent Boston attorney who represents another man charged in a hacking case pending in the same court, said the US Department of Justice’s push to prosecute such cases has come in conflict with the growth of emerging digital technology.

He said lawyers are seeing “the application of the criminal justice system to technology and computer and Internet issues that either were not existent or primitive at the time the fraud statutes were enacted.’’

“There’s been an explosion of cases nationwide under the computer theft statute,’’ Weinberg said.

Wolf said Wednesday that the wire fraud statute used to convict Harris has been utilized for decades to prosecute similar crimes related to telephone service and cable television.

According to an indictment, Harris lived in California and Hong Kong while operating his scheme and was the founder and president of TCNISO Inc., a San Diego-based company whose primary business was to sell cable modem hacking software and hardware products.

Some of Harris’s customers, who were not charged, lived in Worcester, Everett, Revere, and Mattapan, authorities said.

Harris and others developed hacking products that had names including Sigma, Blackcat, and DreamOS, which allowed computer users to gain access to the Internet without paying for it, according to prosecutors.

Harris would also clone other people’s modem addresses, or identification codes that Internet providers use to confirm that a user is a paid subscriber. He was convicted of several counts related to the scheme in March.

Weinberg said Wednesday that courts have recently been divided over whether federal fraud laws should be so broadly applied to improper use of technology of the Internet.

Just months ago, he said, the Ninth US Circuit Court of Appeals in California ordered the reduction of a sentence of a man convicted of breaching his employe’s computer access, after finding there was no criminal intent.

On Wednesday, Laurie Jill Wood, director of security for the St. Louis-based Charter Communications, one of the companies affected by Harris’s scheme, said engineers spent years trying to combat the software sold by Harris, and at times kicked legitimate subscribers off the network as a result.

She said the company also at times was unable to identify for law enforcement the subscribers who were suspected of unrelated computer crimes, because so many of the modems were cloned.

“This happened many, many times and it made me sick,’’ Wood said.

McGinty argued on Wednesday and in a prior court filing that representatives of the targeted companies did not appear to be overly concerned about Harris’s conduct in emails.

Harris, who wore a gray suit and glasses, told Wolf in brief, halting remarks that he is currently working at a legitimate job in the computer industry in Oregon and that he wants to continue his career.

Wolf ordered Harris to report to prison on Sept. 4, unless the First US Circuit Court of Appeals orders a stay of the sentence pending appeal. He also ordered Harris to pay about $200,000 in fines and restitution, and to serve three years of supervised release.

Weinberg said Wednesday that federal courts will continue to wrestle with questions of cyber law.

“You’re at the dawn of a technology age,’’ he said. “The federal courts are at the epicenter of trying to apply crime to technology they didn’t foresee, but which is crying out for legal decisions.’’ 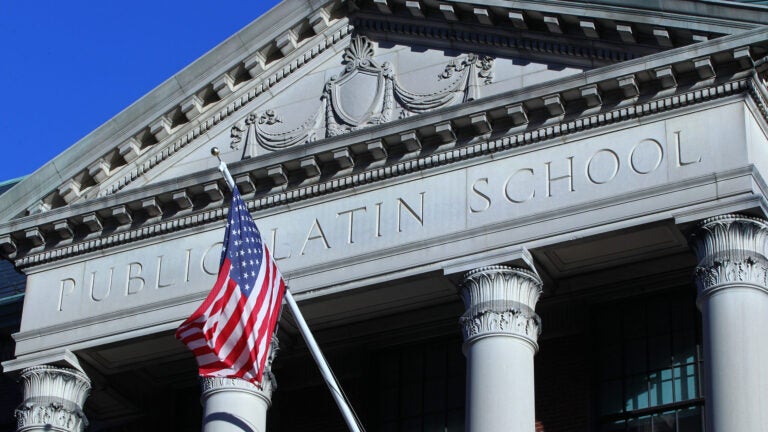