Governor Deval Patrick on Wednesday appointed Henry Thomas III as the new chairman of the University of Massachusetts Board of Trustees, replacing James Karam, who has led the board twice and is its longest-serving member.

Thomas, president of the Urban League of Springfield, has been on the UMass board since 2007. He also currently serves as the UMass representative on the board of the state Department of Education.

“Henry Thomas is the consummate citizen servant,’’ Patrick said in a statement. “He follows in the superlative tradition of Jim Karam, who has given 10 years of invaluable contributions to strengthening the UMass community.’’

Thomas’ appointment is not a surprise. Karam’s term officially ended at the close of the academic year, and Thomas has served as his vice chairman of the body, which which oversees broad issues related to policies on the system’s four campuses and medical school.

Secretary of Education Paul Reville said Thomas is well-liked by other board members.

“He includes people, he listens to people, he’s respectful to folks. He’s just right for this job,’’ Reville said.

Thomas said he looked forward to meeting the challenges UMass faces, including the need to maintain or boost its academic prowess in a time of declining state funding.

“The research trajectory in particular has been pretty extraordinary,’’ he said. “On the other hand, that doesn’t just happen. You have to continue to be effective in raising resources, and there are some limitations that obviously are based in economic forces beyond our control.’’

Thomas said he would work to make a UMass education accessible for more of the state’s students — whether through lobbying for more funding or “thinking every day about whether we are utilizing whatever resources we have as efficiently as possible. … I think the public will be more empathetic to us if they feel that’s what we’re doing as a matter of routine.’’

Thomas is a graduate of American International College, a small private school in Springfield, which he attended on a football scholarship. He was also a high school track star and gymnast, he said, “about 35 pounds ago.’’

He was the first in his family to attend college — an ambition he traces to 1963 when he attended Camp Atwater in North Brookfield, an Urban League program that is the nation’s oldest summer residential camp for black children. He is now Camp Atwater’s chief executive officer, and his daughter, a school principal, ran the camp for the last five years.

He has worked in the Urban League movement for well over three decades, including 31 years as its president and CEO. He has also taught at UMass and Curry College.

As a UMass board member in 2009, Thomas threw his support behind the establishment of a public law school. An attorney by training, he chaired the committee that allowed UMass Dartmouth to take over the private institution that became its school of law.

More recently, Thomas has expressed concern that some UMass chancellors may be underpaid. In January, he said he found a comparison between the salaries of UMass chancellors and their counterparts in other states “revealing,’’ adding that “inaction would be imprudent on our part if we’re looking at a future of bringing in talent that’s capable of taking the university and its campuses where we aspire to go.’’

He has chaired the UMass board’s committee on academic and student affairs, and served on five of other committees. He also had a hand in selecting current UMass President Robert Caret, who praised him Wednesday.

“Henry Thomas understands that the University of Massachusetts is vital to our state’s social and economic future and will work hard to make sure that UMass always provides affordable, high-quality education to the citizens of the Commonwealth,’’ Caret said in a statement.

Thomas will officially take over July 1.

Karam, president of First Bristol Corporation, a large real estate development and management company, has been a presence on and off the board since 2002. He plans to remain a member for several more months; his term on the board does not end until in February.

“I would like to serve as long as I think I’m being useful to Henry, but after that I believe the prior chair should disappear,’’ Karam said. “It’s uncomfortable to have a board chair and a former board chair sitting at the same table for an extended period.’’

Karam, however, said he thought Thomas would face many of the same issues he had handled during his many years as chairman, particularly the question of how to provide a high-quality education with limited funding.

“We would like to see more money. I know [the state] would like to give us more money. There just isn’t enough money to go around,’’ he said. “If we’re serious about education, there really has to be a public policy discussion in this state.’’ 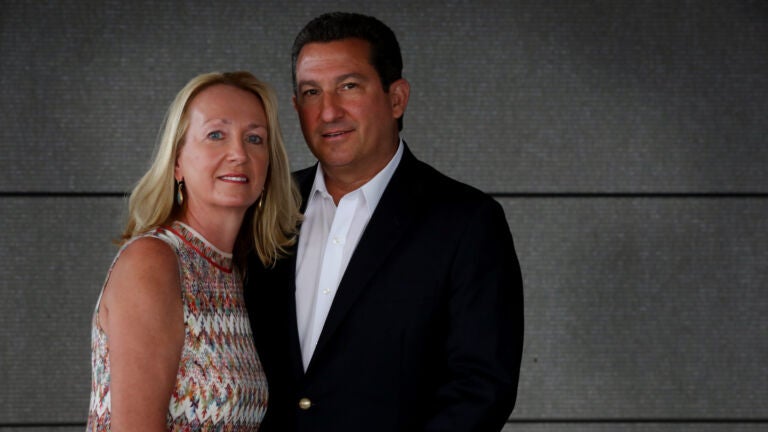