Entrepreneur Steve Belkin is renewing his effort to build a skyscraper in the Financial District that would rival the city’s tallest buildings, though it would be smaller than the 1,000-foot glass tower he proposed in 2006, people briefed on the matter said.

Belkin’s project would be the largest to move forward since the recession. His original plan was audacious in scope and design, calling for a striking glass edifice with as many as 80 floors — nearly 20 floors higher than the John Hancock Tower. The project stalled in 2008 after the collapsing economy dried up funding for large real estate projects.

However, any building on the property would have to be hundreds of feet shorter than the 1,000 feet originally proposed. Federal aviation officials have ruled that a tower of that size would obstruct air traffic around Logan International Airport.

Through a spokeswoman, Belkin declined to comment on Tuesday. But people briefed on the matter said he has met with city officials in recent weeks to begin discussions about the Financial District site, at 133 Federal St. Belkin is also the city’s recommended designee to redevelop an adjacent parking garage. His tower would cover both of those sites.

Belkin, who owns travel and financial companies known as Trans National Group, is in the early stages of the development process and has yet to secure construction financing. But he is among many developers leaving the sidelines as the commercial real estate market in Boston improves. Several office buildings and residential towers are under construction.

On Tuesday, developer John Drew started construction of Waterside Place, a 20-story apartment tower in the Seaport District. Vertex Pharmaceuticals Inc. is building a pair of office towers in the same neighborhood, and several other residential buildings are planned there.

In Downtown Crossing, Millennium Partners is pursuing construction of a 600-foot apartment and retail tower where the Filene’s building once stood; the company is also building a condominium complex down the street.

“We’re fortunate in Boston, unlike most places, that we have so many projects under construction,’’ said Melina Schuler, a Boston Redevelopment Authority spokeswoman. “We’re seeing developments that were stopped during the recession coming back to life, and we’re looking forward to reviewing them.’’

The office market in the Financial District struggled during the recession, and several prominent buildings still carry large chunks of empty space. In the short term, that could make it difficult for Belkin to find a large tenant needed to move forward with his building.

Boston’s office market has showed significant signs of improvement in recent months, however. Vacancy rates are beginning to decline across the city and rents are rising steadily, with some top-rated buildings commanding more than $70 a square foot. That is much closer to the level needed to convince lenders to provide financing for office buildings.

Belkin’s original skyscraper plan made waves when he proposed it in 2006, with some scoffing at its size and scope. But the idea won strong backing from Mayor Thomas M. Menino, who had urged construction of a signature building on the property. 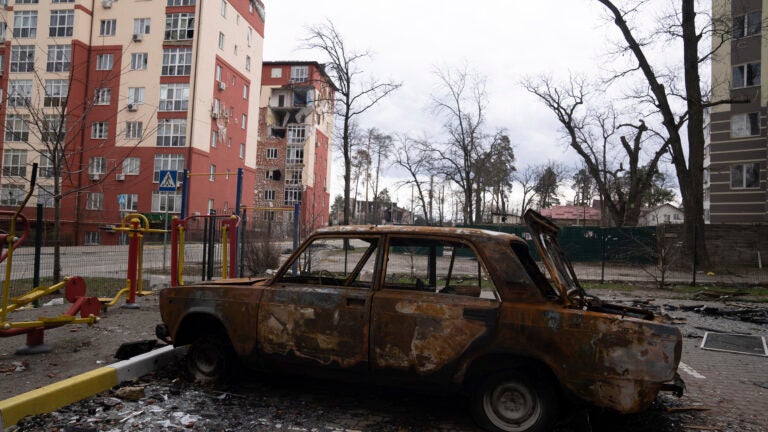