An aggressive red seaweed that hails from Japan has invaded the Massachusetts shoreline, threatening native wildlife, jeopardizing tourism, and causing a stink for beachfront residents. 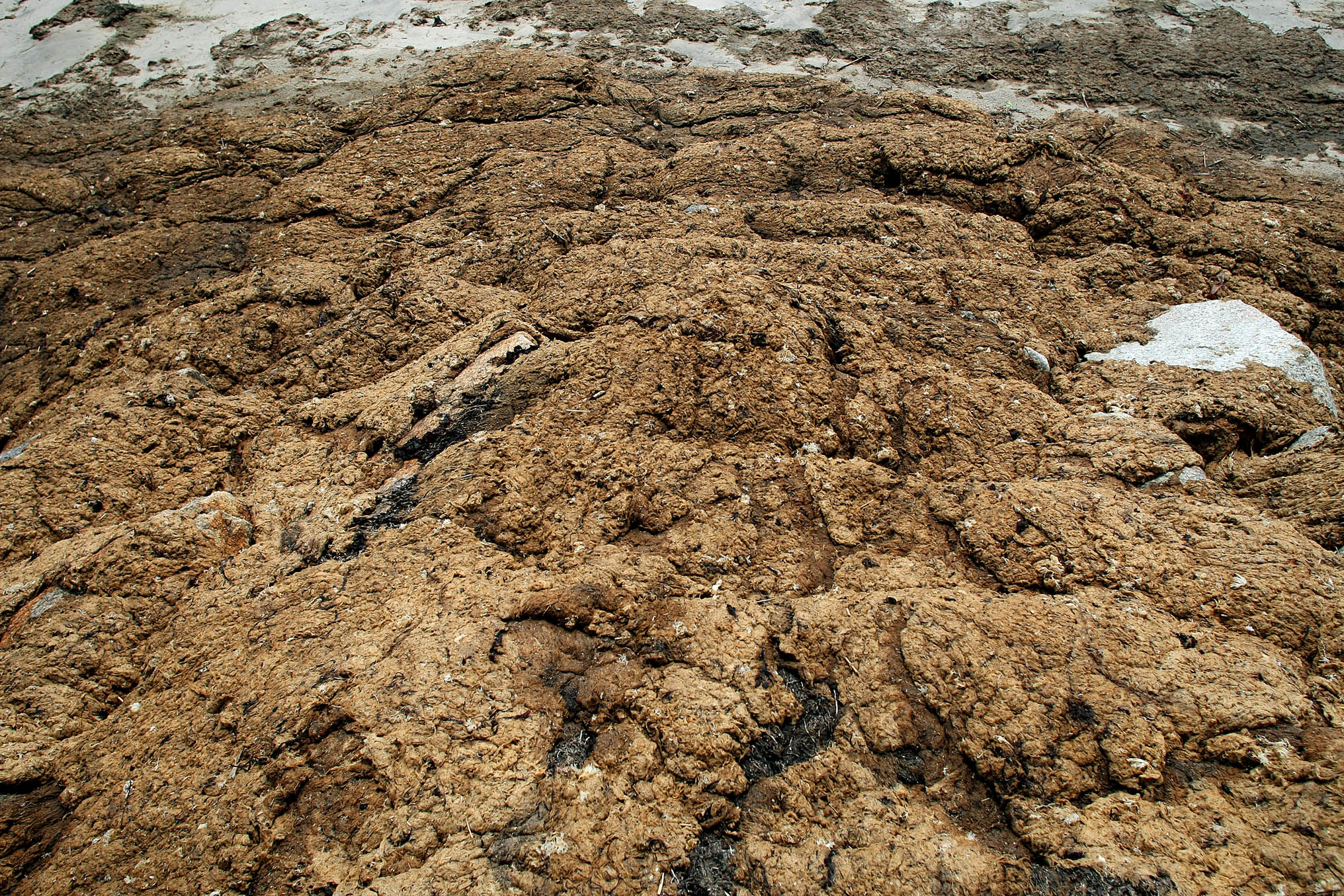 From Cape Ann to Cape Cod, beaches have been blanketed in recent weeks with the thickly packed red fibers resembling matted hair, and the odor can at times be overpowering. “I wake up with nightmares I’m in a sewer system,’’ said Beth Bisson, a summertime resident of Manomet, a part of Plymouth.

Local officials are scrambling to clean beaches, spending thousands of dollars for dump trucks and composting fees. Scientists fear the seaweed could harm the coastal ecosystem by growing over native seaweed, starving it of light and nutrients and damaging a habitat and food source for many marine animals.

“I don’t want to sound dramatic, but it scares the hell out of me,’’ said Steven Kenney, public works director for Manchester-by-the-Sea, adding that he worries the foul smell will discourage visitors. “This might wipe out everything on the coastline, and there’s nothing anyone can do about it.’’

Fishermen are concerned about the potential impact on their livelihood. Dave Casoni, secretary-treasurer of the Massachusetts Lobstermen’s Association, said his lobster traps were clogged with the seaweed last week.

“They were coated inside and out,’’ Casoni said. “It looked like Cousin Itt from ‘The Addams Family.’ ’’

Suzanne Condon, director of the Bureau of Environmental Health for the Massachusetts Department of Public Health, said communities up and down the state’s coastline have been struggling with how to handle the immense loads of the invasive seaweed washing up on their shores.

The seaweed does not smell when wet, but as it dries out and decays, it emits a smell like rotting eggs.

Nancy Coffey, a member of the Salem Sound Coastwatch, said she can smell it from half a mile away.

“It’s been, like, 10 times as much this year as in the last two years,’’ Coffey said. “It really looked like the beach had been spread with cranberry sauce.’’

Scientists first identified the seaweed, known as Heterosiphonia japonica
, off the coast of Rhode Island in 2009, but this spring its growth surged, with the algae spreading from Long Island Sound to the southern Gulf of Maine.

The species grows quickly and aggressively and can survive in warm or cold waters. Only a few creatures, here, such as sea urchins, eat enough of it to limit its spread.

It has a nightmarish ability to regenerate quickly.

“If it’s on the beach and gets back in the ocean, or if it’s cut up, it expands and multiplies,’’ said Condon. “We’ve heard from communities who have tried to remove it, and two days later, it’s back again.’’

The seaweed was first identified by Craig Schneider, a biology professor at Trinity College in Hartford, who spotted the unfamiliar organism while on vacation at Rhode Island’s Quonochontaug Beach in August 2009. Under a microscope, he saw that it appeared identical to a seaweed species from Asian waters that had turned up off the European coast in the early 1980s, choking out native wildlife from Scandinavia to Italy. A DNA match confirmed his discovery.

“I was absolutely shocked,’’ Schneider said.

Seventy miles north and 11 months later, students from the Northeastern University Marine Science Center in Nahant saw the seaweed growing on the ocean floor while on a research dive. Baffled because they had never seen the plant in their marine botany classes, they collected a sample for inspection. They studied microscope slides and taxonomic guides, perplexed, until they heard about Schneider’s not-yet-published paper on the mysterious appearance of the foreign seaweed in Rhode Island.

“This has the potential to transform the diversity and functioning of our local marine systems,’’ said Matthew Bracken, an assistant professor at the Northeastern University Marine Science Center.

Researchers at the Marine Science Center have been conducting dives to investigate the intruder. They have 0bserved fewer native plants and animals in the areas where it grows, usually on rocks lying about 12 to 20 feet below the surface, and they will conduct experiments this summer to determine whether the seaweed is the culprit, Bracken said.

For now, Bracken said, the northbound Gulfstream current and the southbound Labrador current should hinder the spread of the seaweed. But with time, he said, the invasive species could reach Newfoundland and the Florida coast.

Tests conducted by the Bureau of Environmental Health have determined that waters in Plymouth rife with the seaweed do not have unusual levels of bacteria and do not pose a hazard to public health. But towns on the North and South shores are scrambling to find a solution. Collect it in dump trucks? Pay shipping fees to compost it? Leave it to rot? Or use a tractor to push it back into the ocean?

Earlier this month, officials in Manchester-by-the-Sea used two tractors and three dump trucks to rid a section of White Beach of the woolly heaps.

“We didn’t even put a dent in it,’’ Kenney said. “The next morning, you wouldn’t even know that we were there.’’

Ellen Simpson of Manchester-by-the-Sea said another resident used a tractor to plow the seaweed back into the ocean after it covered the entire beach in a foot of gunk thick as hay. Town officials said that was not allowed.

“We’re not supposed to push it back into the water, so what do you do with it?’’ Simpson said.

“We buried as much of it as we could,’’ said Trudy Lavin, a highway department administrative assistant. “But the beach is seven miles long.’’ 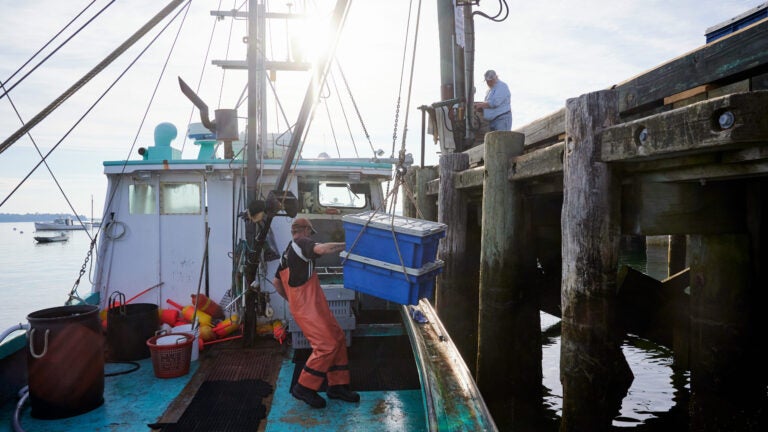