The writer-director Nora Ephron, who died Tuesday at 71 from complications of leukemia, is already being lauded as a glorious throwback to many traditions. The brittle, mordant wit of Dorothy Parker in the 1930s. The New Journalism of the 1960s. Woody Allen’s and Fran Liebowitz’s serenely neurotic comic essays in the ‘70s. As far as her movie work goes, though, Ephron’s real antecedents lie in the secret history of women screenwriters in Hollywood — a sisterhood that stretches back to the earliest days of the cinema and that gently bites the hand that pays it.

These women — June Mathis, Frances Marion, and Anita Loos in the Silent Era; Betty Comden, Ruth Gordon, Fay Kanin, and Nora’s mother, Phoebe Ephron, during the sound years — knew that it was a woman’s world in emotional terms and a man’s world in fact, and they wrote through that idea and around it, exploring its comedy and heartache. As far back as 1916, Loos could open her proto-’’Ugly Betty’’ screenplay for “The Social Secretary’’ with a title card that read: “New York, the magnet that draws countless thousands of working girls; where temptation abounds at every hand, but where a good girl can be just as good as she can be in Wichita.’’ How far is that from America’s Sweetheart Meg Ryan faking an orgasm in Katz’s Deli?

In her celebrated 1996 commencement speech at her alma mater, Wellesley College, Ephron urged the graduates to “find some way to break the rules and make a little trouble out there. And I also hope that you will choose to make some of that trouble on behalf of women.’’ The scripts she wrote and the movies she directed were almost all about women making trouble for men and the world and themselves, mostly by figuring out which compromises they could and couldn’t live with. Her first screenplay, for 1983’s “Silkwood,’’ came after an illustrious career in journalism, and it had a newsy, muckraking edge. It was a story about a whistle-blower but also about a woman silenced for refusing to shut up.

“Silkwood’’ starred Meryl Streep, who in many ways was Ephron’s on-screen analogue, more so than Ryan. The actress was a commercially acceptable Hollywood stand-in — blonde, WASPy, as gifted in playing with characters as Ephron was with words. In the two subsequent films they made together, 1986’s “Heartburn’’ (like “Silkwood,’’ directed by Mike Nichols) and 2009’s “Julie & Julia’’ (directed by Ephron), Streep carried the message like a virus into the host culture. That message was, simply: Find your joy, don’t rely on men (except for the ones that can be relied upon), and, by the way, expect a lot of mistakes. That mistakes are where both the pain and the fun can be.

With 1989’s “When Harry Met Sally…,’’ directed by Rob Reiner, Ephron found a way to marry the Hollywood classicism of her screenwriter parents with a modern woman’s smart-talking uncertainty. “Sleepless in Seattle’’ (1993) and “You’ve Got Mail’’ (1998) — the latter a revamp of an actual classic, 1940’s “The Shop Around the Corner’’ — located comedy and comfort in the conjoining of Ryan and Tom Hanks, Ephron’s closest equivalent to the Perfect Guy. They’re charming movies, films to hunker down with on the couch with loved ones and a pint of ice cream. Sometimes they turn a little soft with hope, but only because they’re aware of the loneliness a proud, intelligent woman can find herself with.

And they delight in the sound of banter, the greatest legacy of Ephron’s parent’s generation to hers and a bright, if dwindling flame in an era where onscreen dialogue has become a dead art. Women and men actually talk in her movies. Words are swords and handshakes, dares and dances, foreplay and afterglow. They’re how we define ourselves so that others can see us.

Harry: You realize of course that we could never be friends.

Harry: What I’m saying is — and this is not a come-on in any way, shape or form — is that men and women can’t be friends because the sex part always gets in the way.

Sally: That’s not true. I have a number of men friends and there is no sex involved.

Harry: No you don’t.

Harry: No you don’t.

Harry: You only think you do.

Sally: You say I’m having sex with these men without my knowledge?

Harry: No, what I’m saying is they all want to have sex with you.

Sally: They do not.

Sally: They do not.

Sally: How do you know?

Harry: Because no man can be friends with a woman that he finds attractive. He always wants to have sex with her.

Sally: So, you’re saying that a man can be friends with a woman he finds unattractive?

Harry: No. You pretty much want to nail ‘em too.

Sally: What if they don’t want to have sex with you?

Harry: Doesn’t matter because the sex thing is already out there so the friendship is ultimately doomed and that is the end of the story.

Sally: Well, I guess we’re not going to be friends then.

Harry: I guess not.

Sally: That’s too bad. You were the only person I knew in New York.

That’s the reason we go to films, or one of them: The mating waltz made to seem both natural and ideal. Ephron knew the risks. “You don’t want to be in love,’’ someone tells Ryan’s character in “Sleepless,’’ “you want to be in love in a movie.’’ At her best, in “Silkwood,’’ “Heartburn,’’ “Harry,’’ “Sleepless,’’ and “Mail,’’ Ephron constantly measured the distance between the movies and life, which is to say the difference between what we want and what we get. If she preferred the Hollywood ending, it’s because she knew it’s the kind of beautiful lie that makes the truth a little easier to bear.

And at her worst? Well, there’s always 2005’s “Bewitched,’’ a meta-comedy so bloated and self-consciously “clever’’ it implodes. Ephron made her share of dogs, like “Mixed Nuts’’ (1994) and “Lucky Numbers’’ (2000). She wrote messily but acutely about the lives of middle-aged women in “Hanging Up’’ (2000, directed by Diane Keaton) and in her underrated directorial debut, “This is My Life’’ (1992), in which Julie Kavner plays a single mother desperate to become a stand-up comic. Desperate to be heard, in other words. And maybe to start a little trouble in the bargain.

Like Loos and like her mother, Ephron was a woman who lived by words. She deserves the last one. From that commencement speech: 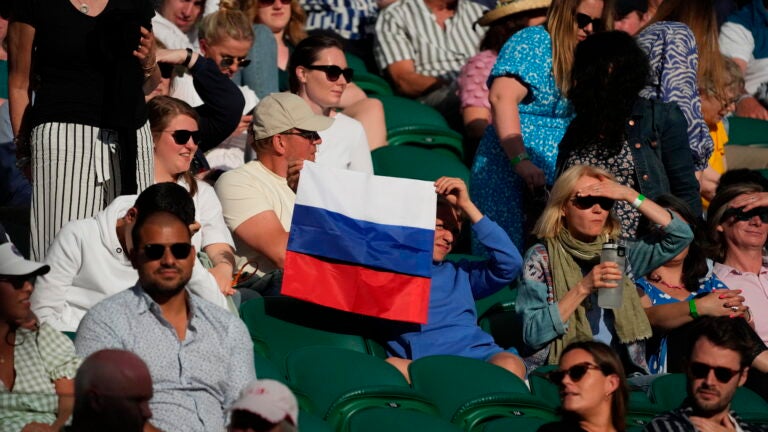