Two State Police troopers narrowly avoided serious injury early today when drunk drivers smashed into their cruisers in separate incidents, on the Massachusetts Turnpike in Newton and on Route 24 in Randolph, State Police said. Both drivers are facing charges.

The first incident took place on Route 24 around 1:20 a.m. as troopers tried to stop a person driving the wrong way southbound on the major highway. The unidentified trooper was outside his cruiser deploying stop sticks across the roadway when the 2007 Nissan Murano struck his vehicle and two other cars, State Police said.

The trooper was uninjured; the occupants of the civilian cars sustained minor injuries.

The driver of the Nissan, Mary McLaughlin, 25, of Weymouth, was arrested after troopers concluded she was impaired.

She is slated to be arraigned today in Quincy District Court on charges of drunken driving and reckless driving, State Police said.

Shortly before 3 a.m. in Newton, a trooper was working a paid detail on the westbound lanes of the Turnpike, where a paving crew was operating and a work zone had been created to protect workers and police. The two right lanes were closed a mile east of Exit 16 in Newton.

A 2001 Toyota RAV 4 driven by Peter Okarma, 30, of Reading, slammed into a cruiser with a trooper inside, police said. The Toyota rolled over, trapping the driver until Newton firefighters extricated him from the vehicle, State Police said.

The trooper was also taken to Massachusetts General Hospital for treatment of minor injuries and has since been released.

Okarma will be charged with operating under the influence, entering a restricted zone, and operating to endanger, police said.

Both incidents remain under investigation. 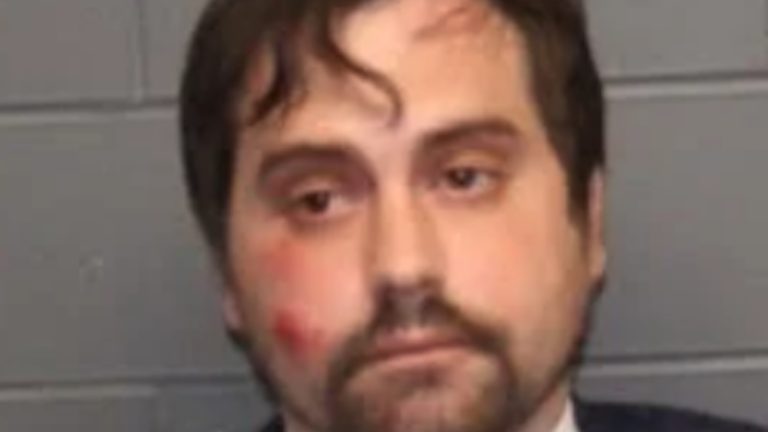