WASHINGTON — The top Democrat in the House, Representative Nancy Pelosi of California, paid homage Thursday to the late Senator Edward Kennedy of Massachusetts for his “lifetime of commitment to making health care a right not a privilege.’’

Supporters of the health care law scheduled a gathering at 8 p.m. near the State House in Boston Common to celebrate Thursday’s US Supreme Court ruling affirming key elements of the law and to honor Kennedy, according to a statement from the Massachusetts Democratic Party.

Pelosi, who was speaker of the House when the president’s health care proposal was passed in 2010, said she spoke with Kennedy’s widow, Vicki, and son Patrick, a former Rhode Island congressman to thank them “for the important role that he played. … [Senator Kennedy] called it the great unfinished business of our country, of our society.’’

Kennedy had long been an advocate for universal health care.

“I knew that when he left us, he would go to heaven and help pass the bill,’’ Pelosi told reporters during a news conference.

“Now he can rest in peace. His dream for America’s families has become a reality.’’

Vicki Kennedy released a statement praising the court’s ruling: “As my late husband Senator Edward Kennedy said: ‘What we face is above all a moral issue; that at stake are not just the details of policy, but fundamental principles of social justice and the character of our country.’’’

In a piece for the Huffington Post earlier this month, Patrick Kennedy lamented that his father did not live to see passage of the law.

The younger Kennedy was at the signing of the Patient Protection and Affordable Care Act, a ceremony held “exactly 40 years after my father first introduced a bill to provide national health insurance.’’ 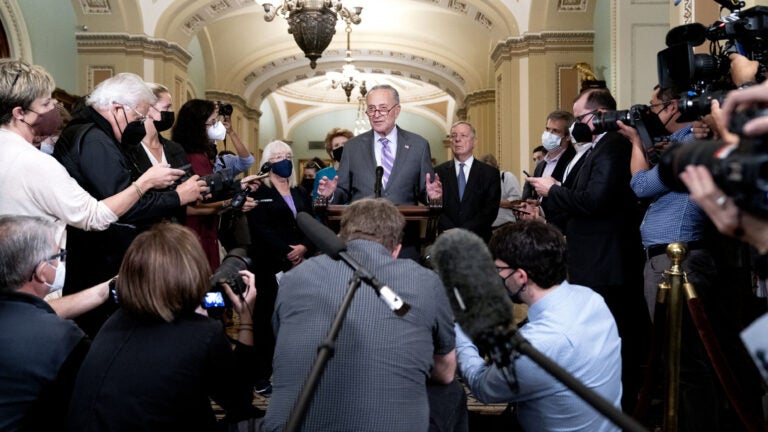