[fragment number=0]Lawyers for James “Whitey’’ Bulger say they need to share information in sealed government files with people “from all walks of life’’ to properly defend the former FBI informant on federal murder and racketeering charges.

Attorney Henry Brennan today asked US Magistrate Judge Marianne Bowler to modify a “protective order’’ that restricts Bulger’s lawyers from sharing any information provided by federal prosecutors with anybody but witnesses and people mentioned in the records.

“It is imperative that we have the most effective defense,’’ Brennan later told reporters. “In order to do that, it is important that we talk to people from all walks of life about this information so we can develop the best defense that we can.’’

But Assistant US Attorney Brian Kelly said in court that similar information has been provided to lawyers in other criminal and civil cases linked to Bulger under similar protective orders without impairing the defense or hampering relatives of Bulger’s alleged victims as they sued the government.

Kelly said in court that discovery in the Bulger case covers 300,000 pages. He called the defense request “ludicrous’’ because it would mean that defense attorneys would walk around with 300,000 documents as they interviewed people.

Kelly’s comments drew a sharp rebuke from Bowler, who told Kelly it was “ludicrous what you just said. There may be five pages that they want to discuss with someone.’’

Warned by retired FBI agent John J. Connolly Jr. about his January 1995 indictment on racketeering charges, Bulger, a long-time FBI informant, fled and was joined about a month later by his girlfriend, Catherine Greig.

He was captured by the FBI Bulger Task Force, along with Greig, on June 22, 2011, in Santa Monica, Calif., where they had been living in the same rent-controlled apartment two blocks from the beach for 15 years. FBI agents seized 30 high-powered guns and $822,000 in cash that had been stuffed inside holes cut into the apartment walls and covered with photographs and mirrors.

Last month, an unrepentant Greig was sentenced to eight years in prison for helping Bulger evade capture. She is currently housed at a federal prison facility in Okahoma City, according to the US Bureau of Prisons.

Bulger is accused of playing a role in 19 murders and has pleaded not guilty to all charges. He is being held without bail. In other court filings, his attorneys have claimed he was given immunity by the FBI to commit crimes while working for the law enforcement agency as an informant.

Albano said the protective order violates the presumption under the First Amendment that government records are open to the public, and as such, should be modifed to allow for the unsealing of as many documents as possibile.

Bowler took the matter under advisement. 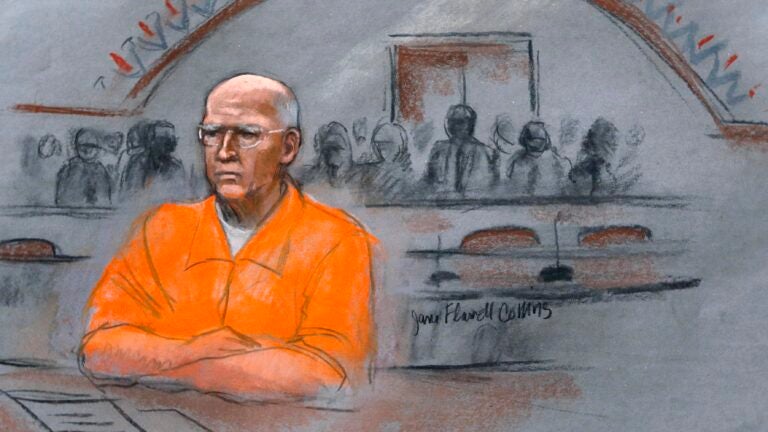