The National Institutes of Health issued a final risk assessment on Friday for a controversial high-security Boston University laboratory where researchers hope to study some of the world’s deadliest infectious diseases. The report triggers a 30-day comment period before the agency issues a decision on whether the risk posed by the lab is acceptable. Then, long-stalled legal challenges, which prompted this latest review of the biolab, could move forward in state and federal courts.

The 192,000-square-foot National Emerging Infectious Diseases Laboratory, mostly completed in 2008, was designed to study the most lethal “level 4’’ infectious agents such as anthrax, pneumonic plague, ebola, and tick-borne encephalitis. The $200 million lab received a waiver from the state in December to study less harmful diseases, such as hepatitis and salmonella, while the legal proceedings continue. That work has begun.

Community members and concerned organizations, including the Conservation Law Foundation, have maintained that risk analysis to date has been insufficient, failing to take into account unique aspects of the South End and nearby Roxbury neighborhoods.

Jennifer Rushlow, an attorney with the foundation, said Friday she wouldn’t comment on specifics of the final assessment without more time to review it fully. But she said an earlier draft had failed to account for the fact that the lab was located in a neighborhood designated as one where residents have been disproportionately exposed to environmental hazards.

An NIH summary of that draft had said the risk of infections to the general public was “extremely low, or beyond reasonably foreseeable,’’ with the exception of a secondary infection from an influenza or SARS, which is still deemed unlikely during the 50-year expected lifetime of the lab.

The 2,717-page report includes comments from the community and responses to some. It is available for viewing online and at the South End, Grove Hall, and Dudley libraries and at the central branch on Boylston Street. Comments may be mailed to attention of NEIDL Risk Assessment, National Institutes of Health, 6705 Rockledge Dr., Suite 750, Bethesda, MD 20892-7985. 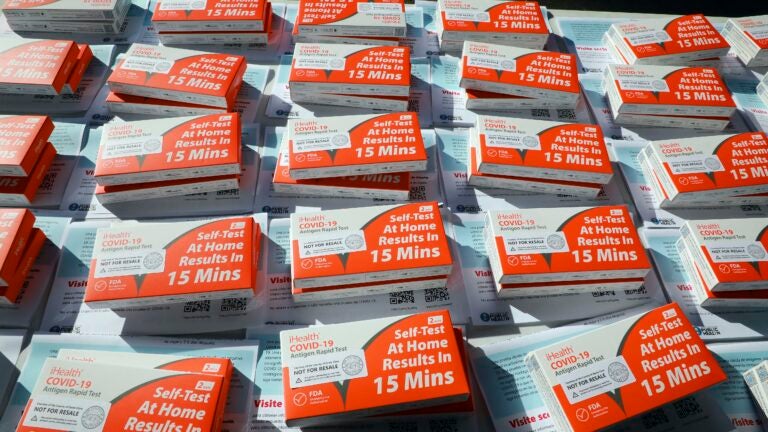