On Thursday, the Associated Press reported that for days, 38 Studios put off state auditors who were seeking access to the company’s financial records in late May after 38 Studios shuttered its operations. The state is trying to piece together what happened after 38 Studios burned through nearly $50 million of a state-backed loan used to lure the company from Massachusetts to Rhode Island last year.

But on Friday, Curt Schilling disputed claims that his company put off auditors for days, the latest in a series of public comments that reflect his continuing frustration with the demise of his startup.

“This wasn’t about ‘DAYS’, this was about ‘HOURS’ and ‘MINUTES,’ ’’ Schilling wrote on Facebook. “We backed up every ounce of data and e-mail exchanged between the [Rhode Island Economic Development Corporation] and 38 to INSURE (sic) when this BS started to come out, people seriously interested in the truth, will know it.’’

Schilling went on to write that the company “didn’t stonewall anyone’’ and provided extensive information to the state.

“This wasn’t us ‘balking’ at a 2nd audit,’’ Schilling wrote. “This was us balking at a third independent audit, after they’d already had two, received the summaries, been told everything was in order, and that there were no irregularities.’’

“When you’re looking for something that isn’t there, you cannot find it, unless you make it up, right?’’ Schilling wrote.

Christine Hunsinger, a spokeswoman for Rhode Island Governor Lincoln Chafee, said the public records show that “38 Studios was not a good partner. They were not communicative. They did not provide the information that was necessary.’’

According to documents Rhode Island released under public records requests, the company had trouble responding to requests quickly after the company let go all its workers on May 24.

“I have no one here who could give you access to what you need for the audit,’’ company president Bill Thomas told one of the attorneys working for the state, David Gilden, on May 30.

Schilling’s wife, Shonda, also posted a note on Facebook “for all the media out there using the Schilling name for a headline everyday.’’

Shonda Schilling pointed out that her husband invested $50 million into 38 Studios, much of the fortune Schilling earned during his baseball career, repeating what he has said publicly. In return, she said the company employed 300 employees in Rhode Island, who lived, shopped, and ate in the state.

But she said Governor Chafee, who had opposed the company’s loan guarantee, was quick to blast the company and publicize its financial problems. Curt Schilling has already blamed Chafee’s comments for helping speed the company’s demise.

“I was there for those three weeks of hope and hell,’’ Shonda wrote. “My husband [was] so distraught he couldn’t function. NOT because he had lost it all but because that team worked SO hard and believed in what they were doing.’’

“They loved their job and they loved Rhode Island,’’ she wrote. “BUT everyday Gov Chaffee (sic) at exactly 4 oclock would have a press conference.’’

She said Rhode Island wound up with “a 110 million dollar ‘I told you so’ from your beloved Governor,’’ referring to how much the company invested in the game being developed in Providence.

Chafee has publicly said he wanted the company to succeed, even though he had originally opposed the loan guarantee. But he also said he had an obligation to protect taxpayers from losing additional money.

In addition, Chafee’s spokeswoman noted that the 38 Studios’ board has already authorized the company to file for bankruptcy before Chafee made public comments about its financial troubles on May 14. 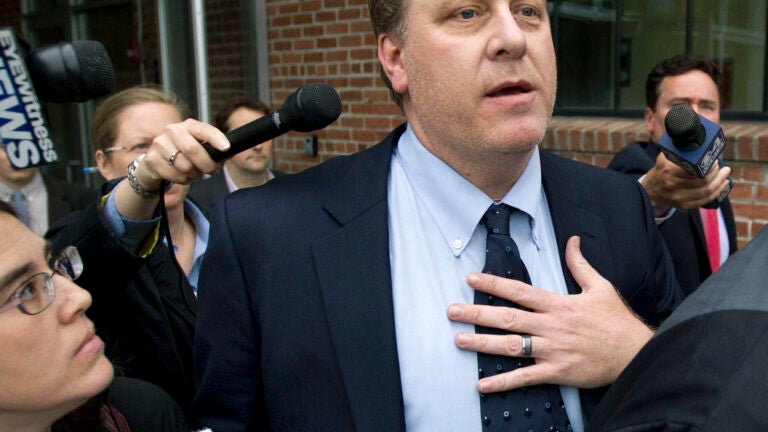