Negotiations have resumed between union workers at the Pilgrim Nuclear Power Station in Plymouth and Entergy Corp., the plant’s owner. Talks between the two parties broke off two weeks ago after members of the Utility Workers Union of America Local 369 voted to reject a contract deal tentatively approved by union leaders.

The new sessions which began Friday are being overseen by a federal mediator. Both sides have indicated that the remaining disagreements center around health care benefits.

Entergy, which is based in Louisiana, has been using replacement workers to operate Pilgrim since it locked out union employees a month ago after contract negotiations stalled. The company said it was forced to bring in outside employees because union members could strike without notice. The union has alleged that use of replacement workers compromises safety, a charge Entergy denies.

“The safety of our communities depends on having experienced workers doing their jobs,’’ union president Dan Hurley said in a statement. “It’s time for Entergy to end the lockout and reach a fair and reasonable agreement.’’

In its own statement, the company said it “remains committed to good faith negotiations.’’

The 40-year-old Pilgrim plant recently received approval from the Nuclear Regulatory Commission for a 20-year license extension. Critics, including some elected officials in Massachusetts, opposed the extension, saying the Plymouth reactor has a design that is similar to the failed nuclear power plant in Fukushima, Japan. 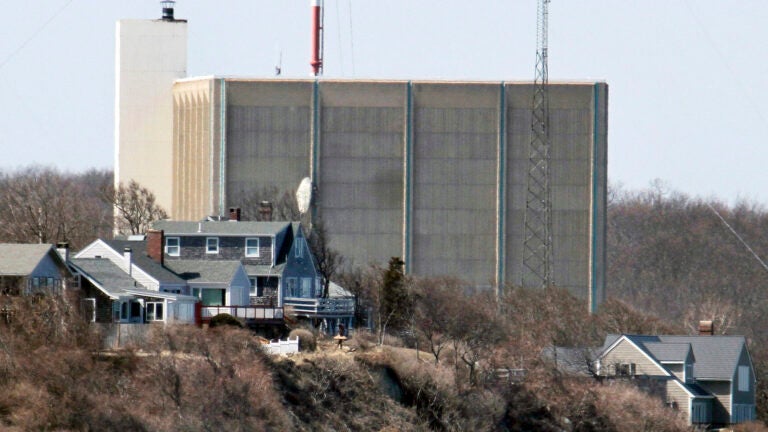