A notorious art thief, Myles Connor chronicled his criminal exploits in “The Art of the Heist,’’ recounting a career in which no museum was off limits. Investigators at one point even thought he might have information on the legendary unsolved heist from the Gardner Museum. 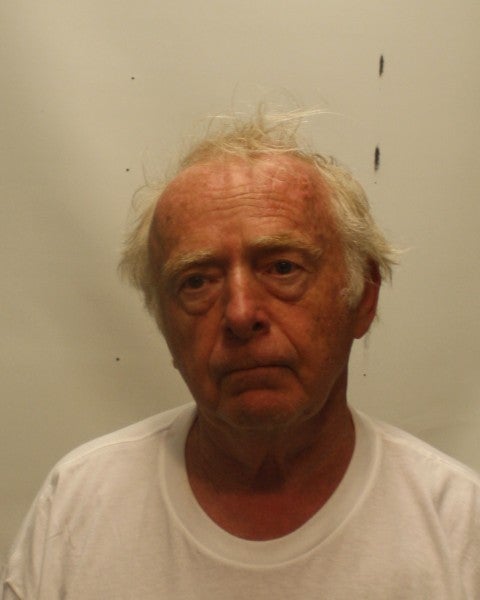 But Connor’s latest alleged caper was a far cry from artful.

Connor, 69, was arrested Thursday for allegedly robbing two women outside a convenience store in Woonsocket, R.I. following a drug dispute, police said. His girlfriend, Suzanne King, was also arrested in the robbery.

“It was a dispute over narcotics,’’ said Captain Edward Lee, a spokesman for the Woonsocket police. “This was not a random robbery.’’

Police said Connor stole a cellphone from the women after brandishing what appeared to be a 9mm handgun, which was later found to be a pellet gun. His car was spotted on the store’s surveillance camera, and the victims picked Connor out of a lineup.

Police did not have to travel far to arrest Connor. When a woman came to the station to inquire about bail for King, who had been previously arrested, police on a hunch went out to check her car. There, trying vainly to hide, was the master thief.

“He had ducked down between the seats,’’ Lee said.

Woonsocket police said they had previously arrested Connor for shoplifting and drug possession.

“I think his problem is narcotics,’’ Lee said.

Connor was arraigned this morning on charges of conspiracy and first-degree robbery and ordered held without bail.

Connor boasted for years that he knew who stole hundreds of millions of dollars in art from the Gardner in 1990. Prosecutors gave him and a long-time friend letters of immunity several years ago, but despite Connor’s hopes of sharing in a $5 million reward, they came up empty-handed, the Globe reported in 2010.

A lawsuit against a retired professor is ruffling the well-to-do from Georgetown to Newport, R.I.