The National Institutes of Health has awarded $10 million to Tufts Medical Center to test a drug that researchers hope will reduce the risk of dangerous complications in patients who have a heart attack or who have a cardiac procedure, such as the insertion of a stent to open a blocked artery.

Patients typically take drugs such as aspirin or heparin to prevent the development of blood clots in the arteries. But those drugs also raise the risk of bleeding, which in the most serious cases can cause stroke.

Researchers at Tufts believe they have developed a drug that works inside platelet cells to block a signal triggered by the protein thrombin, which is key in coagulation. Among other things, the signal causes the cell to change shape and to become “sticky’’ and more likely to collect around the stent or on the wall of the artery, said Dr. Athan Kuliopulos.

Because the drug does not altogether block receptors for thrombin and has a short life in the blood, it is thought that it poses a lower risk for bleeding than other widely used drugs, Kuliopulos said.

Tufts researchers published a paper in the journal Circulation this week on success of the drug in guinea pigs and baboons. The drug uses a pepducin, called PZ-128, developed at Tufts that attaches to a cell and flips across the membrane to affect the transfer of the thrombin signal inside.

The five-year federal grant, from the National Heart, Lung, and Blood Institute, will be used to test the safety in humans and for a clinical trial testing a placebo and various doses in about 800 patients at Tufts and two other hospitals who have advanced heart disease, heart attack, chest pain, or a cardiac procedure.

Kuliopulos said the drug likely would be used along with drugs that are now part of the standard of care for cardiac patients, in an effort to reduce the number of blood clots that occur even with those drugs.

The means of targeting the inside of the cells rather than thrombin receptors on the outside may lead to other applications for various diseases, he said. If it works, “it opens up an entire new area of drug development.’’

Dr. Michael A. Fifer, director of the Cardiac Cath Lab at Massachusetts General Hospital, said the drug “seems almost too good to be true.’’

“If there’s a drug that lowers the risk of clotting without increasing the risk of bleeding,’’ Fifer said, “that would in fact be a game-changer not only for a situation in which we put in a stent but for other situations in cardiovascular medicine.’’

But, he said, even if it works as advertised, another question must be addressed: Is it cost effective? With various clot-busting drugs already on the market and the high cost of drug development, Fifer said, researchers will need to show that the drug is worth whatever it will cost consumers. 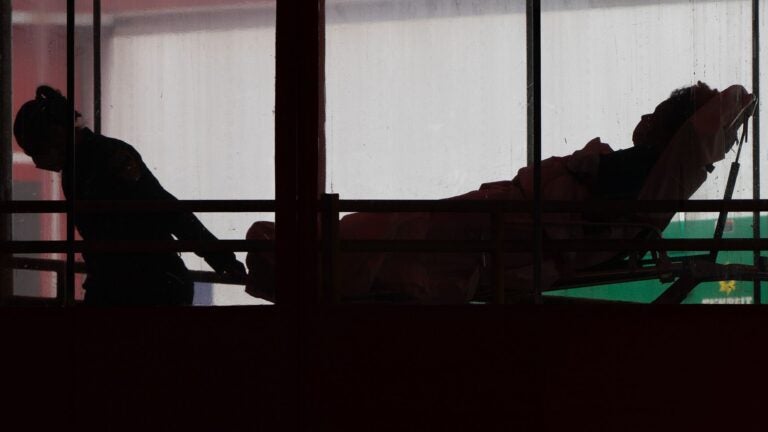