As construction wound down on the Big Dig nearly a decade ago, officials disclosed that the cost of the highway megaproject had escalated to nearly $15 billion. Now, for the first time publicly, state administrators have tallied the full cost of the work — principal and interest, plus legally obligated transit commitments — and it is some $10 billion higher.

The highway-tunnel work cost $14.5 billion, with the state using $7 billion in federal aid and borrowing the rest. Add interest and the total figure shouldered by state and federal taxes and tolls will be $21 billion by the time the final bond is paid off in 2038, Dana Levenson, chief financial officer for the Massachusetts Department of Transportation, told a legislative committee Tuesday.

The numbers largely confirm the accounting of a 2008 Globe review of hundreds of pages of state documents.

But even that figure does not quite cover it. The state two decades ago agreed to a list of public transit improvements to offset the air pollution and other impacts of the additional traffic the Big Dig would generate and to comply with federal environmental law.

Transit work completed so far — including adding the waterfront Silver Line, modernizing the Blue Line, and extending the commuter rail to Worcester, Middleborough, Plymouth, and Newburyport — resulted in $1.7 billion in construction costs and $1.6 billion more in interest. And the state has not yet started to pay for one of the most expensive commitments, the $1 billion-plus planned Green Line extension to Somerville and Medford.

“As we all know, the Central Artery/Tunnel Project, while operating today as a superb facility that has improved the quality of life in Boston as well as the transportation function for the entire region, cost a lot more than was anticipated,’’ Levenson said in prepared testimony, speaking for an administration that inherited a project started a generation ago.

The House Committee on Post Audit and Oversight called the hearing to better understand the total cost and its continued effect, limiting the state’s ability to pay for other transportation infrastructure projects and even day-to-day highway and transit operation by gobbling up so much money for debt. The state still owes $9.3 billion in principal and interest on the Big Dig and the completed transit commitments, Levenson said.

The numbers required some wrangling. Unlike a homeowner’s mortgage, the project’s borrowing costs sprawl across an array of original and refinanced bonds issued by the former Massachusetts Turnpike Authority, the MBTA, and the Commonwealth itself. And though state officials once believed that the federal government would cover 80 percent or more of the construction, that support was capped as the project cost spiraled.

“It is extremely important that we understand the effect that the Big Dig debt service has on overall transportation spending in Massachusetts,’’ said Representative David P. Linsky, committee chairman and a Natick Democrat. “We’re paying over $100 million a year in Big Dig debt service, and that is obviously $100 million that we can’t spend on other transportation needs.’’

Linsky said the accounting will help inform the work lawmakers do next year when they debate the state’s transportation-finance crisis, as legislative leaders have indicated.

“It’s certainly a positive step that the administration has laid out these costs with such clarity. It reinforces the fact that this was one incredibly expensive project’’ and remains one of the key reasons why the state’s gas taxes, highway tolls, transit fares, and other transportation revenues fall short of needs and force more borrowing, Widmer said.

The escalating cost and the project’s flaws — including a fatal ceiling-tile collapse in 2006 — have “obscured or tainted the other reality’’ of the Big Dig, Widmer said, meaning the transportation, economic, and other benefits of submerging the Central Artery and improving travel into and through downtown Boston and to Logan Airport. “This is a hugely positive project for Boston and the region,’’ he said. 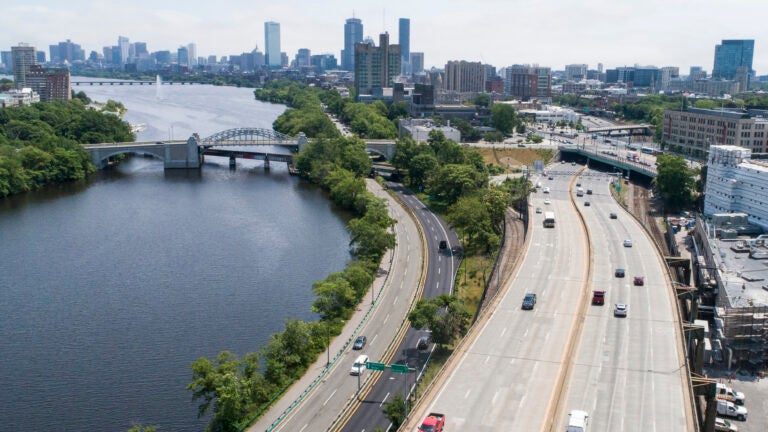