The state treasurer’s office said it has awarded its $9.5 billion cash contract to Federated Investors Inc, moving the business away from Boston’s Fidelity Investments, which has had the business for 35 years.

Treasurer Steven Grossman said the state would save $8.2 million over three years, or 34 percent of the current cost, by moving the Massachusetts Municipal Depository Trust contract to Pittsburgh-based Federated. The trust is also known as MMDT.

Fidelity spokesman Vin Loporchio said the firm was disappointed by the news.

“For 35 years, Fidelity has delivered on our commitment to MMDT in delivering a competitive return and service in line with the state’s expectations and guidelines,’’ he said.

He added that Fidelity would work to ensure a smooth transition.

Grossman has made cutting costs on state contracts a centerpiece of his administration. He said the cash contract had not been put out to bid since 2005. Asked whether he had any misgivings about taking the business away from a local company, Grossman said he did not.

“You need to acknowledge that Fidelity’s done a superb job. The service and the quality have been outstanding,’’ Grossman said.

He described the bidding process as fair and thorough, and involved a committee of 16 people over many months.

“They gave me a unanimous recommendation’’ to move the contract to Federated, he said.

The MMDT was created by the state legislature in 1977 to manage cash and bonds for the state, several independent authorities and some 290 municipalities. The contract has been managed by Fidelity’s Pyramis Global Advisors unit since that time.

Federated will have a three-year contract with the state, with the option for two one-year extensions.

The firm “has committed to expanding their offices in Boston,’’ Grossman said. 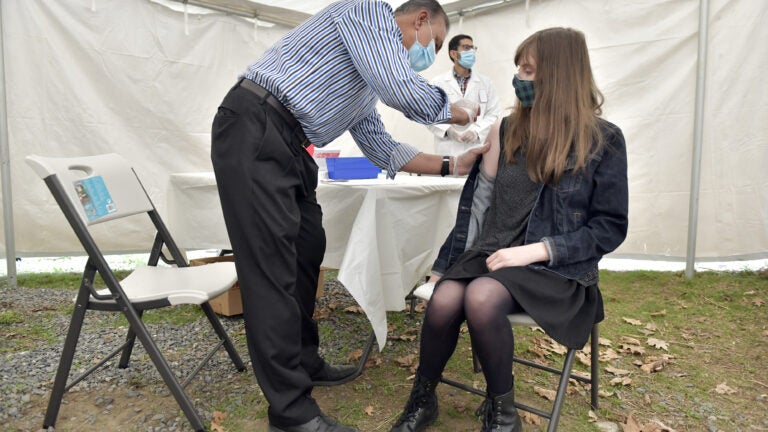