A vivid mural on the Rose F. Kennedy Greenway in Dewey Square is the subject of some controversy after Fox 25 aired a piece in which passersby told a reporter that the painting resembles a terrorist. The TV station then posted an image of the cartoonish figure on its Facebook page and invited people to comment on it. Several dozen people responded, many of them saying it looks like a Muslim terrorist and urging it be removed. The painting, which depicts a boy wearing pajama pants with a shirt wrapped around his head, is one of three murals done by the acclaimed Brazilian artists Os Gemeos in conjunction with their show at the Institute of Contemporary Art, the artists’ first solo museum exhibition in the United States. (The other murals are at the Revere Hotel Boston Common and in Somerville.) In the TV piece, which aired over the weekend, one observer complained that the painting in Dewey Square looked like “Bart Simpson in a Mujahideen outfit.’’ Carol Rose, executive director of the ACLU of Massachusetts, said the “ugly racist postings’’ on Fox 25’s Facebook page are “troubling, particularly after the shooting yesterday at a Sikh temple in Milwaukee, in which someone may have passed judgment on others based simply on who they are or how they dress.’’ ICA director Jill Medvedow strongly defended the mural. “This work of art is a joyful addition to Boston’s skyline,’’ Medvedow said in a statement. “With tremendous mastery of scale, painterly skill and vibrant patterning, Os Gemeos brings urban energy and a rich tradition of Brazilian creativity to Dewey Square in Boston. Good art gets people talking.’’ A Fox 25 spokesperson couldn’t be reached for comment. The painting is up until November 2013. Take a look for yourselves. 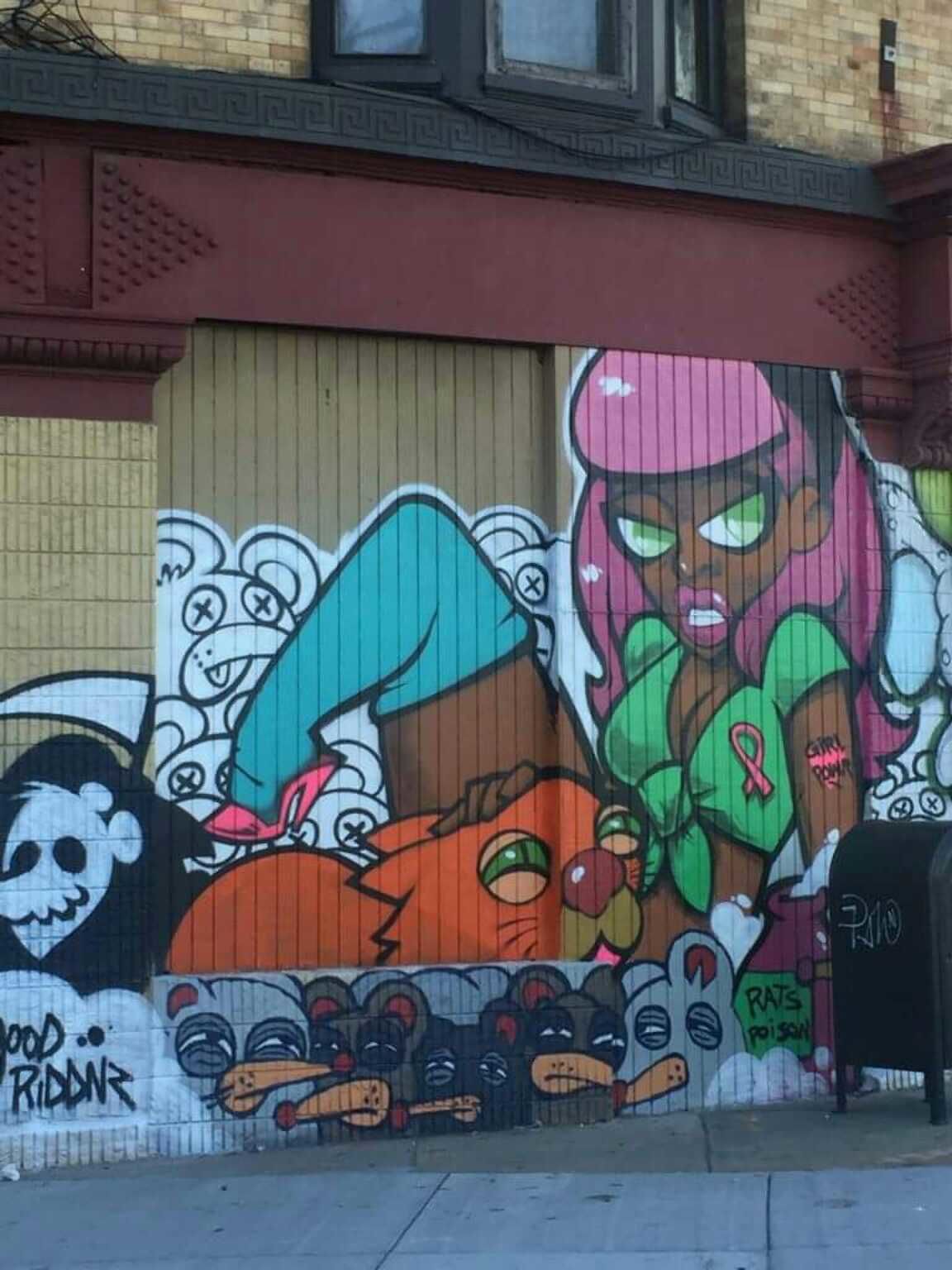