A Walpole baker of whoopie pies garnered headlines today for refusing to accept food-stamp benefit debit cards at the Braintree Farmers Market where she sells her pastries. “I don’t think American taxpayers should be footing the bill for people’s pie purchases,’’ pie maker Andrea Taber told the Boston Herald, adding that she fully supports food stamps for the purchase of nutritious fare like locally-grown fruits and vegetables sold at the market.

That reasoning makes a lot of sense to me and is echoed in a paper published this week in Preventing Chronic Disease, a journal published by the federal Centers for Disease Control and Prevention. Researchers from the Rand Corporation, a nonprofit California-based research group, postulated that many of the policies now in place to curb alcohol consumption could also be implemented to reduce the consumption of high-calorie, nutrient-poor foods like, well, whoopie pies.

The Rand researchers outlined five measures already used to reign in smoking and excess consumption of alcohol, while admitting that many “are unlikely to be politically and socially acceptable for addressing the obesity epidemic.’’ Given the recent backlash against New York City Mayor Michael Bloomburg’s efforts to ban supersize soft drinks, I’ve no doubt the researchers are correct, though they do provide excellent fuel for the debate.

Here’s what they suggest:

1. Restrict density of junk food. This involves curbing the sale of food in places that aren’t primarily food outlets like vending machines at schools or candy bars stacked nearly the register at clothing or hardware stores. Just as most states limit the number of licenses that are issued to permit the sale of alcohol, so, too, could states limit “snack food’’ licenses.

2. Display restrictions. Cigarettes are kept behind the register in many states, and in California, beer can’t be sold in temporary displays or near the front door for easier access. “Vendors pay supermarkets slotting fees to put their products where they are easily noticed, such as at eye level,’’ wrote the researchers, so why not have regulations mandating where certain foods can be placed within the supermarket, putting sugary cereals marketed to kids, for instance, on a high shelf away from tiny pairs of eyes.

4. Pricing regulations. Here’s where the soda tax comes in. Setting “sinful’’ foods at a higher price will discourage consumption. The researchers would like to see higher taxes on French fries, cakes, and candies as well.

5. Warning labels. Have you seen those new graphic cigarette warnings showing corpses and rotted teeth? Well, how about seeing such images on your favorite chocolate bar or gallon of ice cream? That might make you think twice about digging in.

What do you think of these suggestions? Are they realistic? Would they work? 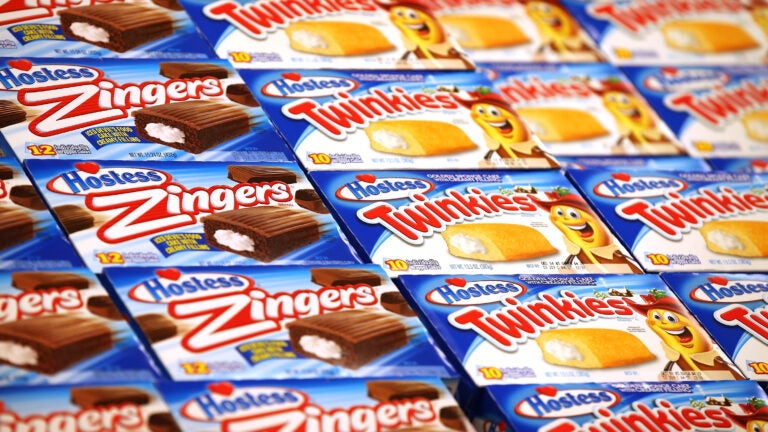