The dark clouds that cloaked Eastern Massachusetts this morning may soon return.

The region was pummeled with heavy downpours, which caused flash flooding in several communities, according to the National Weather Service.

The sun is now shining over Boston, but that’s not necessarily a good thing, said meteorologist Alan Dunham. Sunshine will drive temperatures up and destabilize the atmosphere, creating the risk for another round of storms.

Storms are currently sprouting up across Western Massachusetts, and could begin drenching the city later this afternoon, said meteorologist Rebecca Gould. Weather service radar indicated a small line of storms 75 miles west of Boston at about 2:45 p.m..

“There’s the possibility for hail and some strong winds in some of the storms, but the biggest threat will be the heavy rain,’’ Gould said.

Residents should keep an umbrella handy for Thursday morning’s commute as well.

“There’s a chance of showers again and maybe a rumble of thunder,’’ Dunham said.

A hazardous weather outlook has also been issued for the Bay State because isolated thunderstorms could produce strong winds, hail, and localized flash flooding. 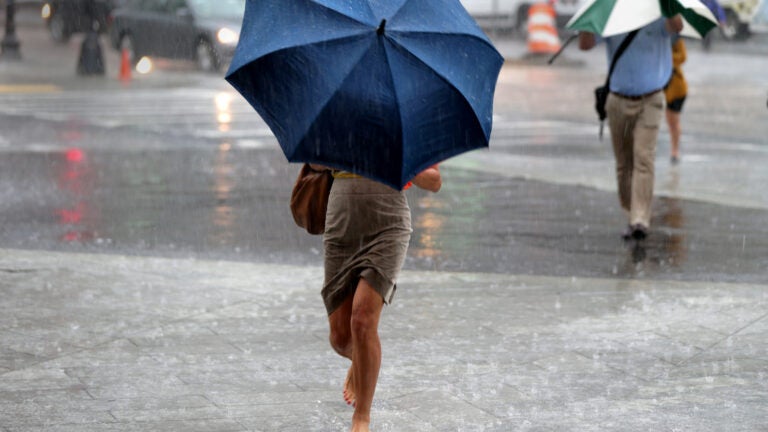