About 20 members of the Student Immigrant Movement gathered on Friend Street this morning to commemorate a historic day: The first day young people living in the United States illegally can apply for a work permit and a reprieve from the threat of deportation.

But the gathering also had a more nuts-and-bolts objective: to provide much-needed information on the application process.

Isabel Vargas, who came to the United States from the Dominican Republic when she was 8 years old, told others at the meeting, held inside the offices of Greater Boston Legal Services, that the opportunity would transform her options for her future.

The Rev. Cheng Imm Tan, director of the city’s Office of New Bostonians, told the members of the group that she believed granting young immigrants the opportunity to work legally would have a positive impact on them, as well as on the city’s economy.

“It’s a chance for young aspiring immigrants to come out of the shadows, to openly live out your dreams,’’ Tan said.

Members of the Student Immigrant Movement who spoke at the gathering also took time to warn others of potential pitfalls in the application process. They advised people to be wary of individuals feigning legal expertise, known as notarios, who charge large sums of money with promises of immediate results.

Instead, they suggested applicants have their forms and documents reviewed at free clinics provided by the Student Immigrant Movement and Greater Boston Legal Services. Those clinics are set to start Sept. 1, and will take place in East Boston, Lynn, Lawrence, and New Bedford.

“Don’t rush it,’’ said Conrado Santos, a member of the Student Immigrant Movement. “It’s better to send something good and complete. You don’t need to rush.’’

Daniela Bravo, 25, said she had already downloaded a deferred action form off the US Citizenship and Immigration Services website and printed it out, but she does not plan to submit her application until it has been reviewed at a Student Immigrant Movement clinic and she is certain it has no mistakes or omissions.

The Obama administration announced in June it would stop deporting and begin granting work permits to law-abiding illegal immigrants who came to the country as children. 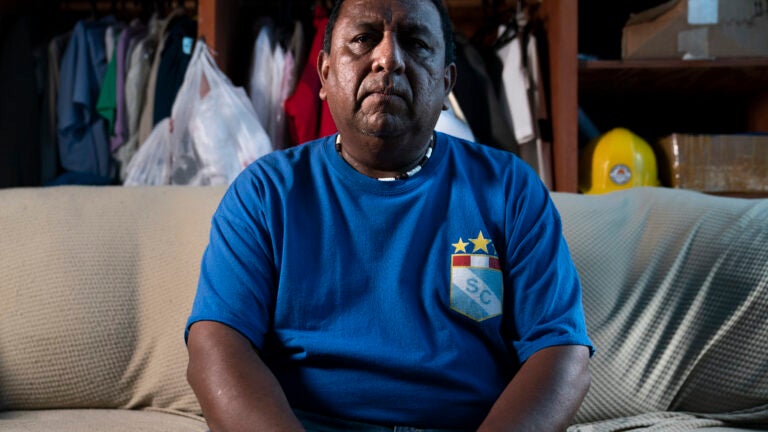