CAMBRIDGE — Six police officers rushed into a burning, smoke-filled building here on Thursday and rescued a man and a woman trapped on the third floor, as well as a man sleeping one floor below, authorities said.

“You’re coughing in there,’’ said Cambridge police Officer Nicholas Mochi, one of four officers who rescued the pair on the third floor at 95 Columbia St. shortly after 3:30 a.m., during an afternoon news conference at the scene. “You taste the metal, the soot in your mouth.’’

Authorities said that Mochi and fellow Cambridge officers Eugene Bustillo, Brendan Pasco, and Michael Padua ran up to the third floor, which was engulfed in flames and smoke when they arrived, as the man and woman screamed out of a window for help.

“It’s a very scary situation,’’ Pasco said at the news conference. “[We] all just kind of went in as a team.’’

And, Padua said, they knew that they had to act quickly.

“My first thought is that we had only minutes,’’ he said.

The four officers encountered heavy black smoke when they reached the top floor, and Pasco and Bustillo crawled through the front doorway of the apartment, according to a police report. Police did not identify the two people rescued.

None of the officers or residents were injured, but two Cambridge firefighters were treated and released from a local hospital.

Pasco urged the man and woman to keep low and guided them to his voice, the report said, and Mochi was eventually able to grab the woman’s arm and pull her from the apartment. He later grabbed the man and guided him to Padua, who led him out of the building, police said.

And though the officers ran into the blaze without any protective gear, Mochi said he and his colleagues were not heroes.

“We just did our job,’’ he said. “Any other police officer who knows [there are] people inside possibly burning to death, they’d go in there as well.’’

Officers Steven Murphy and Frank Lange had gone directly to the second floor, where a kitchen was fully engulfed, and woke up a man who was sleeping in a bedroom, authorities said. The officers had to grab the disoriented man and guide him to safety, according to the report.

Murphy said that while visibility was a little better on the second floor, the fire was still raging.

Lange said he was thinking “just get everybody out’’ as he rushed into the building, a sentiment shared by his colleagues during the news conference.

The three-alarm fire started in the porch area in the rear of the building and left about a dozen people homeless, causing more than $1 million in damage, Cambridge fire officials said.

Fire Chief Gerald Reardon said the two firefighters injured suffered knee and back injuries, and that the building will be probably be uninhabitable for months. He said officials are investigating the cause of the blaze.

Assistant Fire Chief Gerry Mahoney said the flames spread rapidly throughout the building because of its wooden balloon-frame construction. Balloon frame houses are unique to the area and have channels that run from the first floor to the top floor, he said.

“The fire can just race up,’’ Mahoney said in an interview. “Once the fire gets in there, it’s hard to chase.’’

Firefighters were removed from the building after the roof caved into the third floor, Mahoney said.

“I don’t think it was anything less than heroic,’’ he said.

Ronald Bates, 73, who lives in the neighborhood, recalled that a structure at the same location burned down about 50 years ago. He came by to view the damage on Thursday and was impressed when informed of the officers’ actions. 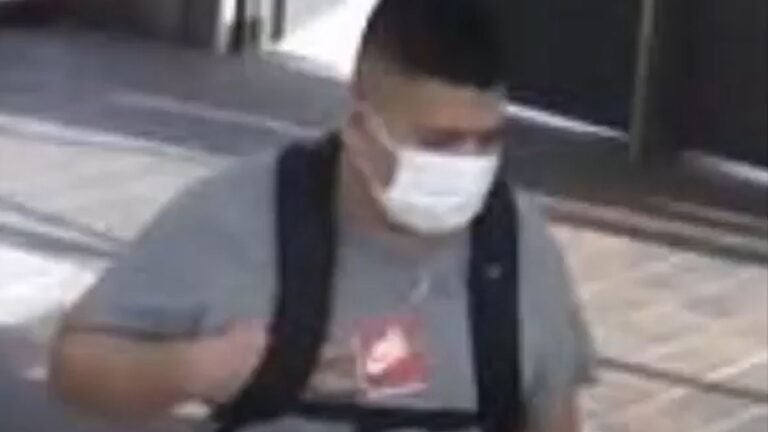