SALEM — A prosecutor today painted the Reverend Richard McCormick as a ruthless predator who singled out a boy for repeated sexual assaults while McCormick ran a summer camp in Ipswich in the 1980s, crimes that so terrified the child that he hid underneath his brother’s bed.

Essex Assistant District Attorney Kate MacDougall summarized the evidence that prosecutors have used to charge McCormick with five counts of rape for crimes allegedly committed in 1981 and 1982.

McCormick, 71, the former provincial of the Salesian Brothers of Don Bosco for the eastern United States and Canada, has already been sued by nine people who alleged he sexually molested them as boys.

Five of those men alleged they were molested by McCormick while he worked at Salesian facilities in Massachusetts in the 1960s and 1970s, according to their attorney, Mitchell Garabedian.

McCormick pleaded not guilty to the criminal charges in Essex Superior Court in Salem today. Judge Timothy Feeley set bail at $1,000 cash and ordered a member of McCormick’s religious order to supervise him when he returns to his home in New Rochelle, N.Y., where the Salesians are headquartered.

In court, MacDougall said McCormick had no prior criminal record. Garabedian, who represents the man McCormick allegedly victimized as a child in Ipswich, said in a telephone interview that the Essex County investigation marks the first time the alleged sexual predator has faced criminal charges.

McCormick was arrested by Ipswich police in New Rochelle Thursday and agreed to return to Massachusetts with Ipswich officers to face the criminal charges, prosecutors said.

Attending today’s arraignment was the Reverend Steve Dumais, who is the current vice provincial for the Salesians order in New Rochelle and who told the court he would be McCormick’s “custodian’’ when he returns to New York.

“Our whole reason is to work with young people, especially the poor. So these charges are very egregious,’’ Dumais said. “The reality of it is that it’s sad, certainly, that one of our own has been arrested and charged with a criminal complaint. We are doing our very best to support the work of the authorities the best we can.’’

In court, the prosecutor said the victim did not have his father in his life and that McCormick was drawn to the victim because he knew that. The victim first drew McCormick’s attention when he was 11 years old during the summer of 1981, prosecutors said. The victim and his brother attended the camp for disadvantaged boys at a now-defunct site on Route 1A in Ipswich.

During the summers of 1981 and 1982, McCormick allegedly started fondling the boy, but then escalated his behavior, allegedly raping the child in an office at the camp. MacDougall said McCormick would wait until the boys were in a dormitory at night and would then come and get the boy, taking him to the office.

The child became so fearful of the violence that he would hide underneath his brother’s bed or by a fire escape in order to avoid McCormick, MacDougall said.

McCormick did not show any emotion during his arraignment and is due back in court Oct. 23.

According to Dumais, McCormick is not allowed to exercise his priestly functions outside of the Salesian home where he has been living since 2009. Dumais said McCormick is assigned maintenance and cooking tasks and has no contact with anyone, especially children, without the approval of his religious superiors.

At that time of the alleged Ipswich attacks, Garabedian said, McCormick held the position of vocation director at the Don Bosco Retreat Center in West Haverstraw, N.Y. McCormick was elevated to provincial of the order for the Eastern United States in 1986, a position he held until 1991.

Garabedian declined to identify his client, pointing to the criminal charges McCormick now faces. He said he was contacted by the man about 18 months ago, and that he referred him to law enforcement authorities to allow them to investigate McCormick.

Garabedian said records show that McCormick worked in the 1990s and into the early 2000s at both Don Bosco Technical High School in Boston and the Savio Preparatory school in East Boston. 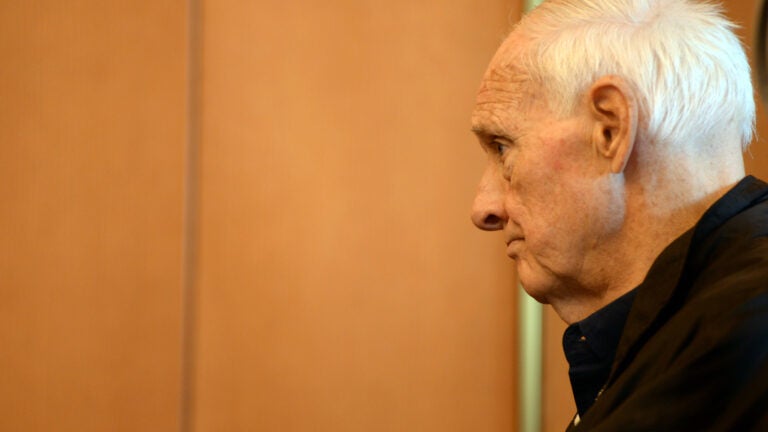