An $18 million renovation of the Boston Marriott Copley Place that paid illegally low wages to men from a Philadelphia church was rife with violations of tax and labor laws, according to a state investigation that found improper activity by 15 construction companies.

Investigators for a state task force on the underground economy found the hotel’s contractors failed to report $1.2 million in wages, deprived the state of nearly $86,000 in taxes, and illegally misclassified 63 employees to avoid spending money on required taxes, insurance, and other benefits.

Last month, the Globe reported that one contractor got its workers from a Philadelphia drug rehabilitation ministry, Victory Outreach. They were paid just $4 an hour — half the state’s minimum wage — to move furniture in and out of hotel’s rooms. The men said they worked 12 hours a day, six days a week, and at night stayed in a pair of Chelsea apartments provided by the contractors.

Host Hotels & Resorts Inc., which owns the Marriott and funded the renovation, has said it was unaware of any potential labor violations until January, when State Police arrived at the hotel and began interviewing the Victory Outreach workers.

But the findings by labor investigators show the violations extended far beyond those involving the church’s workers and involved an array of construction companies that employed a shadow workforce at the Back Bay hotel for months.

“These violations not only hurt employees, but also impact legitimate businesses and taxpayers, who end up subsidizing the unpaid wages, unemployment, and workers’ compensation costs and taxes,’’ said Joanne Goldstein, the state’s secretary of labor and workforce development.

Six companies misclassified workers as independent contractors instead of as employees, which meant that they avoided paying unemployment taxes and funding health insurance and other benefits.

A Host lawyer said the company had no knowledge of violations and took steps to police contractors as soon as investigators began probing the Victory Outreach workers’ wages.

“We acted quickly and aggressively to gather information and to make it clear to all the parties involved that we will not tolerate violations of the law on any Host project,’’ the lawyer, Kevin Gallagher, said in a statement. Host, a Maryland investment company, owns 120 luxury hotels around the world.

Tom Elkind, a lawyer for Woburn-based Baystate Services, the general contractor that oversaw the renovation of the hotel’s 1,100 guest rooms, said it, too, was unaware of labor violations. He said company executives could not have intervened earlier.

He said Baystate took action to ensure compliance once investigators began looking into the church workers. He said Baystate contacted all subcontractors to ensure they were paying minimum wage and complying with other laws.

“Baystate reacted to the violations as soon as it learned about them,’’ said Elkind. “It did the right thing, and it has also agreed to be more proactive in the future by spot-checking with employees of its subcontractors to make sure they are being paid appropriately.’’

Baystate’s $4 million bid for the contract was significantly lower than the bids from several unionized competitors. For example, J.J. Vaccaro of Somerville bid $8.5 million, according to CEO Michael Kennedy.

Following an investigation by Attorney General Martha Coakley of Massachusetts, Baystate agreed earlier this year to pay $31,000 in back wages to 37 Victory Outreach workers who received illegally low compensation for nearly three months of work. The company did not admit any wrongdoing. Host did not pay any back wages or face other penalties.

The men from the church, who were recovering from drug addiction and other problems, were employed under a contract held by Corona, Calif.-based Installations Plus, which was hired to install furniture in hotel rooms. It faced no penalties. Owner George A. Herrera has defended the use of church-supplied labor, saying it was Victory Outreach’s responsibility to ensure workers were fairly compensated.

Investigators said it is frustrating that, even in cases of widespread labor violations, they are blocked by state laws from charging contractors and property owners.

“The law makes it very difficult to hold owners, developers, and general contractors liable for wage and employment violations of subcontractors on their projects,’’ Goldstein said.

And even if the state finds violations by multiple subcontractors it cannot identify them because state law protects the privacy of companies accused of tax violations. That means none of the 15 companies it found to be acting illegally at the Marriott will be known to the public.

Meanwhile, the volume of violations being discovered at Massachusetts work sites continues to increase.

In 2011, the state task force on the underground economy collected nearly $11 million in fines, back taxes, and unpaid wages from companies found in violation of labor laws, up from $1.4 million in 2009.

The violations were found in a range of industries, including food service, information technology, and construction.

State officials began investigating the Marriott project in November, when officials with the Department of Industrial Accidents issued stop-work orders to several contractors found to have invalid workers’ compensation insurance.

Gallagher, Host’s lawyer, noted that Host had put safeguards in place to ensure workers were treated fairly, including language in its contracts requiring companies to abide by the state’s labor laws.

In light of the widespread violations that nonetheless occurred at the Marriott project, Host has pledged to tighten its oversight. On future projects, Gallagher said, the company will require the general contractor to certify that all of its subcontractors are aware of labor laws and are following them.

It will also require subcontractors to certify they are complying with the laws each time they submit payment invoices. 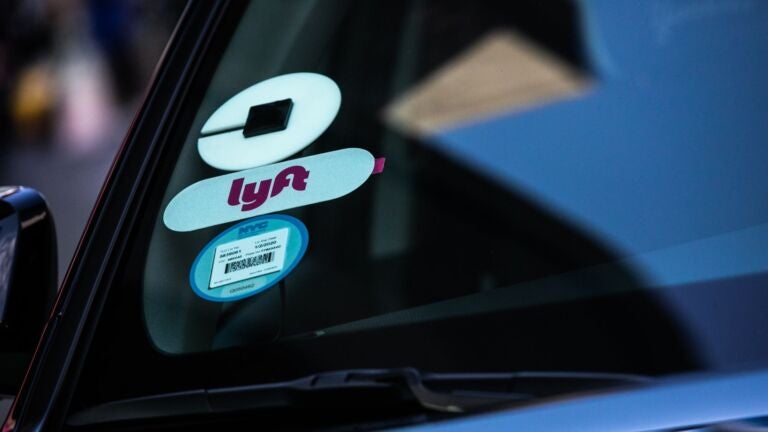 Should your Uber driver be considered an employee or independent contractor?