HUNTERSVILLE, N.C. — Matt Kenseth opened this season with a second victory in the Daytona 500, and it didn’t take him long to establish himself as a legitimate championship contender.

But before the midpoint of the season, Kenseth had decided he no longer wanted to drive for Roush Fenway Racing. On Tuesday, nearly two months after RFR said Kenseth was leaving, the driver finally confirmed he’s moving to Joe Gibbs Racing at the end of the season.

‘‘Surprise,’’ he said as he entered a JGR news conference, a dry quip at one of the worst kept secrets in NASCAR.

Kenseth was deliberately vague, though, as to why he’s leaving RFR after 13 full Cup seasons. He’s never driven for anyone else at NASCAR’s highest level, and paired with Jack Roush won 22 races, a pair of Daytona 500s, and the 2003 championship.

‘‘I knew it would not only be a good fit, but it’s about winning races and winning championships and you want to put yourself in a position to be competitive,’’ Kenseth said. ‘‘I felt like this was it.’’

But he was winning races and he was competitive at Roush, where the 40-year-old Kenseth is considered one of NASCAR’s elite drivers.

Kenseth was in the final year of his contract with RFR, and every one of his previous deals with Roush had been extended before he’d gotten to the final season. But he indicated Tuesday things ‘‘got cloudy’’ after his Daytona 500 victory.

Enter JGR, which has room for a fourth car but was also eager to add an upgrade to its lineup.

Kenseth said it was RFR’s decision to announce in June that Kenseth was leaving at the end of the year and would be replaced in the Sprint Cup Series by defending Nationwide champion Ricky Stenhouse Jr.

Then it was Joe Gibbs Racing’s decision on when it was ready to announce Kenseth had signed to drive the No. 20 Toyota next year. Behind the scenes, Gibbs officials were trying to figure out how to also keep Joey Logano, but Penske Racing made it official Tuesday and hired the 22-year-old to drive the No. 22 Ford in the Sprint Cup Series.

‘‘I am very excited to join Penske Racing and begin the next phase of my career,’’ said Logano. ‘‘I am looking forward to the opportunity as it will be an honor to drive for Roger Penske.’’

Logano has spent four seasons in the No. 20, and JGR wanted to keep him even after signing Kenseth. But it didn’t have the pieces in place for a fourth full-time Cup team, and AJ Allmendinger’s failed drug test opened the No. 22 seat at Penske Racing that Logano pursued.

Kenseth will be the third driver in the Cup lineup that includes Denny Hamlin and Kyle Busch. 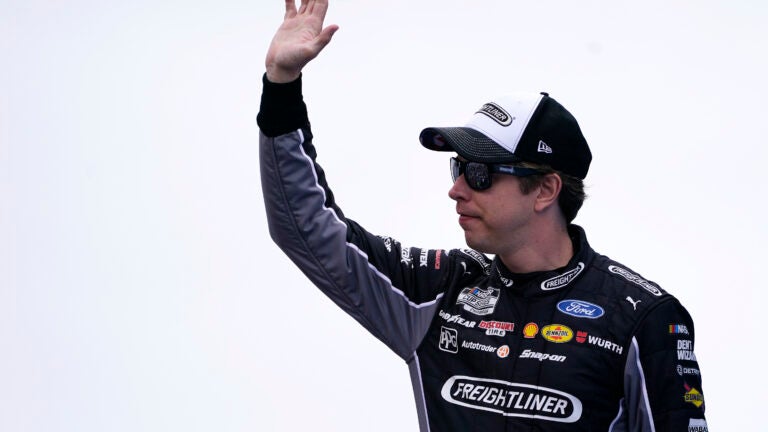 With eye on legacy, Brad Keselowski buys a stake in Roush Fenway