CHARLOTTE, N.C. – His hands were waving wildly. Nearly every statement he made would require an exclamation point. Those in the audience shouted, “Yes!’’ and “That’s right!’’ as if he were preaching to a Southern Baptist congregation.

“That’s what you’ll hear from me seven days a week, and twice on Sunday!’’ said Patrick Kennedy, the former Rhode Island congressman, the son of the late Senator Edward M. Kennedy, and, now, a full-time advocate for those battling mental illness.

Kennedy was in a small conference room here at the Democratic National Convention, one packed with people gathered for the second “Recovery Caucus.’’

David Wellstone, the son of the late Senator Paul Wellstone, talked about suffering from post traumatic stress disorder after his father, mother, and sister died in a plane crash. Laurie Dhue, the former Fox News anchor, talked of being a recovering alcoholic.

“I’m putting my face and my voice on the line,’’ she said.

Kennedy, who has struggled with depression and substance abuse, decided not to run for reelection in 2010 and has since made raising awareness of those issues a top priority.

On Tuesday afternoon, he talked about reaching out to Jesse Jackson Jr., the Illinois congressman who checked into the Mayo Clinic in Minnesota and is suffering from depression.

“I was just with my good friend and colleague, Jesse Jackson Jr., who is at the same place as I was for treatment for mental illness,’’ Kennedy said.

“He and I agree that for his father’s generation it was called going to drink from the colored water fountain. Who wanted to go drink from that colored water fountain, who thought it was right?’’ Kennedy said. “Well today, if we don’t implement a good rule on mental health parity, we’re going to continue to perpetuate the notion that mental health care is somehow different from overall health care.

“And that couldn’t be further from the truth.’’

Kennedy was joined in the room by his wife, Amy, and their newborn son, Owen. At one point, Kennedy’s voice rose so loud that Owen began to cry out.

“This little man doesn’t like it when his daddy is yelling,’’ Kennedy said.

By the end of the caucus, after Kennedy had yielded the microphone, Owen had fallen asleep in his mother’s arms. 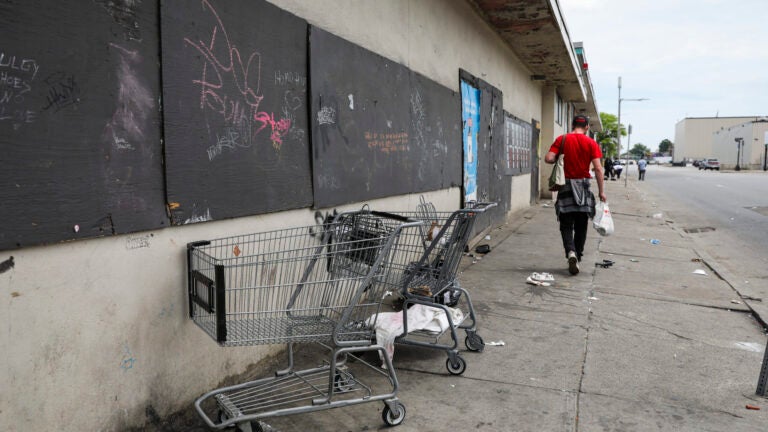 'We don’t want to see people suffering like this'