Glen A. Doherty, a Winchester native who was a former Navy SEAL, was one of four Americans killed in Libya by a group of suspected Islamic terrorists, his sister said today.

[fragment number=1]Doherty was 42 years old and was working as a security contractor when he was killed with US Ambassador John Christopher Stevens in the American consulate in Benghazi late Tuesday during what officials believe may have been a coordinated terrorist attack.

“He was on security detail and he was protecting the ambassador and also helping the wounded’’ when he was killed, said his sister, Kate Quigley of Marblehead.

Quigley said her family grew up in Winchester and that her brother wanted a life “filled with adrenaline. … He was always an adventure seeker.’’

Doherty was co-author with Brandon Webb of the 2010 book, “Navy SEAL Sniper: An Intimate Look at the Sniper of the 21st Century.’’

“Glen Doherty was a true friend and I’ll miss him greatly,’’ Webb said on his Twitter account today.

In biographies posted by the publisher of the book, Doherty was described as a “combat-decorated SEAL who served the US Navy for nine years.’’ He was Webb’s shooting partner and was described as “an expert in SEAL combat tactics’’ who “has trained operators all over the world.’’ 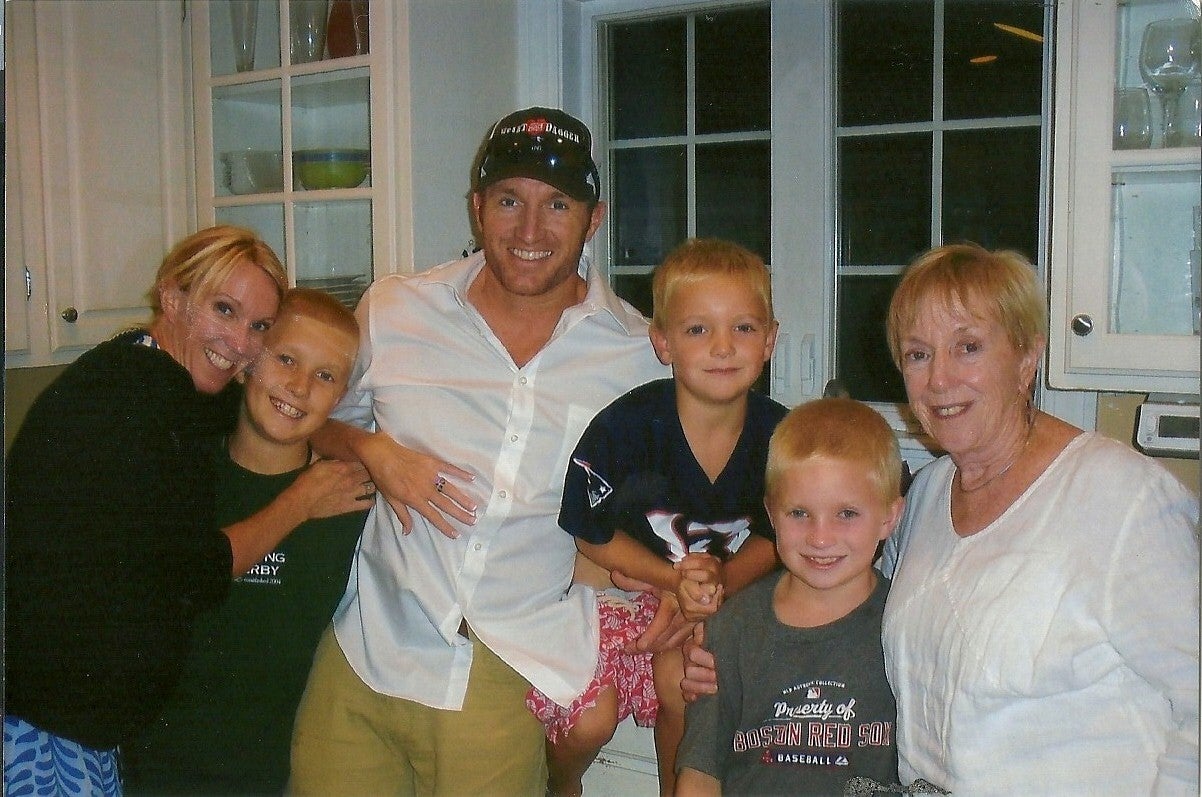 Glen A. Doherty in family photo

With pride in her voice, Quigley said that when he was a SEAL, Doherty was a sniper positioned on a rooftop when the US military rescued Army Private Jessica Lynch, who had been captured by Iraqi forces in 2003. Quigley also said her brother played a role in the breaching of palaces of former Iraqi leader Sadaam Hussein during the Iraq war.

Doherty was also an athletic trainer and a licensed pilot of both single- and multi-engine aircraft, according to his biographies posted on the Web.

“His fearlessness took many forms throughout his life, but was always at his core,’’ his family said in a statement released today.

Doherty graduated in 1988 from Winchester High School, where the yearbook listed him as a member of the varsity tennis and wrestling teams, School Superintendent William H. McAlduff Jr. said in a statement.

Judy Hession, Doherty’s 11th-grade English teacher, also said in the statement that “Glen was bursting with life. Every day his huge smile and his happy-go-lucky optimism filled my classroom. He got along with all types of people, was a class leader and, from the perspective of thirty years of teaching, one of my most memorable students.’’

During his 20s, Doherty became a professional ski instructor in Utah, attended flight school in Arizona, but also promised himself that if he had not chosen a profession by the time he turned 30, he would join the Navy and become a SEAL.

“When he turned 30, he enlisted and became a Navy SEAL,’’ she said. “That’s how Glen did everything in his life.’’

Quigley said Glen was the middle of three children in her family. She described him as “one of the nicest, big-hearted people. One of the things that was so great about him is that he was always present. When you were in the room with him, you would be the most important person in the world. He was always present.’’

Quigley said her brother left the service about four years ago and started working for a private company hired to provide security for American officials overseas.

“When he was in the field, his main mission was intelligence gathering,’’ Quigley said.

During his Navy career, Doherty served in Iraq and Afghanistan. While working for the private company, he spent time in those countries, as well as Israel and Kenya. She said that Doherty knew full well the risks he was taking both in the service and afterward.

“This is what he did for a living,’’ she said. “He always knew the dangers, but he never talked about it. … He’s been going overseas since 9/11 — and he’s always made it back.’’

Quigley said her brother had previously done a three-month stint in Libya and left his home in the San Diego area for Libya on Sept. 5.

Quigley said her family was officially notified around 5 p.m. Wednesday that he had been killed. She believes that the incident at the consulate was not a random act of a few people upset about an inflammatory movie about the Muslim prophet Mohammed.

“I never thought he’d be another victim of Sept. 11,’’ Quigley said.

“You have to understand. Glen was highly trained. He was the best of the best. He wouldn’t have gone down for some protest over a movie,’’ Quigley said. “This was serious, well-planned, well-executed. He was very good at what he did.’’

Quigley said her family knew what Doherty’s job was, and they accepted that one day they might hear that he had lost his life in some distant place. But, at the same time, their faith in his skill and his personality was strong.

“This is what he did for a living,’’ she said. “This is how Glen wanted to live. Sitting behind a desk just could never do. … He’s done this so many times. … And he always made it back, safe.’’

Quigley said her brother’s remains will be cremated, and the ashes will be sent to the West Coast “where he loved to be.’’ She said there will be a memorial service at the Arlington National Cemetery at some future date.