State Public Health Commissioner John Auerbach submitted his resignation in the wake of the scandal at the state drug lab, the Patrick administration announced Monday.

Governor Deval Patrick accepted Auerbach’s resignation, an administration official said, but Auerbach, who was appointed in 2007, will remain in the position for “a few weeks’’ until a successor is named. The official also said that Auerbach will continue to help authorities as they investigate the mishandling of evidence in the lab.

Auerbach has accepted a position at Northeastern University’s Bouve School of Health Sciences, as director of the Urban Health Research Institute and a professor of practice.

“Today, I accepted Commissioner John Auerbach’s resignation. The failures at the Department of Public Health drug lab are serious and the actions and inactions of lab management compounded the problem. The Commissioner recognizes that, as the head of DPH, he shares accountability for the breakdown in oversight.

“While the recent developments are deeply troubling, they are not representative of the whole of John’s work or of the rest of the Department. For the past six years, John has run a department that improved public health and wellness. His and his colleagues’ commitment to the common good and the people of Massachusetts is unquestioned. It saddens me to accept his resignation today and I wish John well in the future.’’

“It is with deep regret and with a sense of responsibility to uphold the high ideals Governor Patrick demands that I announce today my resignation as Commissioner of the Department of Public Health.

“It is clear that there was insufficient quality monitoring, reporting and investigating on the part of supervisors and managers surrounding the former Department of Public Health drug lab in Jamaica Plain — and ultimately, as Commissioner, the buck stops with me.

“What happened at the drug lab was unacceptable and the impact on people across the state may be devastating, particularly for some within the criminal justice system. We owe it to ourselves and the public to make sure we understand exactly how and why this happened. I will continue to work with investigators to make sure we find answers and accept responsibility.

“The behaviors of the drug lab chemist and the failure to properly manage and supervise her work are unacceptable. But I know they do not represent the work of the rest of the staff at the Department of Public Health. My colleagues take seriously their responsibility to help make Massachusetts a better place and are as upset with what happened as everyone else. It has been my great honor and privilege to work together with them.’’

The lab’s director was fired and her supervisor resigned last week amid allegations that a chemist at the lab, identified as Annie Dookhan, mishandled drug samples by altering the weight of the drugs, not calibrating machines correctly, and manipulating samples so that they would test as drugs when they were not.

State Police have notified prosecutors that Dookhan may have handled 60,000 drug samples, representing 34,000 criminal cases, and some or all of the evidence may now be tainted. Dookhan worked at the lab since 2003 and resigned in March.

Officials say the problems with Dookhan were not discovered until June 2011. Auerbach apparently was not alerted until six months later, according a timeline released last week by the Patrick administration. District attorneys and State Police were not made aware of the full gravity of the situation until months later.

Boston Mayor Thomas M. Menino lauded Auerbach’s accomplishments, both with the state and during his earlier nine years running the Boston Public Health Commission. “For all the wonderful things he did over the years, his career should not be blemished by this one incident,’’ Menino said in an interview. He cited Auerbach’s creation of a needle exchange program for drug addicts and of a smoking ban in restaurants in Boston.

Similarly, Joe Dorant, president of the Massachusetts Organization of State Engineers & Scientists, the union representing lab workers, said Auerbach’s achievements “should not be discounted as a result of this present issue, not unlike the 12 other scientists and chemists — representing more than 200 years of education and experience and who work each and everyday to keep our Commonwealth safe — should not be penalized for the alleged activities of one employee. The history of this particular issue dates back well before Mr. Auerbach’s tenure and its solution requires a serious, careful look at how best to manage needs, meet budgets and still provide first rate work to keep our citizens safe.’’

Auerbach concluded his statement by recounting his agency’s accomplishments:

“In the past six years, the work of the Department of Public Health has had a significant, positive impact on public health and I am proud of these accomplishments, including: launching Mass in Motion, a major initiative to combat obesity and promote wellness; strengthening efforts to prevent chronic and infectious diseases; heightening efforts to combat substance abuse; successfully implementing sports head injury regulations and strengthening the Department’s focus on perinatal health outcomes. These efforts have lead to the lowest rates of HIV infections and deaths in decades, a decrease in the rise of opiate overdose deaths and holding the line on childhood obesity.

“I thank Secretary Bigby for her leadership and principled commitment to promoting the health of residents of the Commonwealth. I offer my deep appreciation to the governor for the opportunity to have held this position and I look forward to continuing my work to promote public health in my future endeavors.’’ 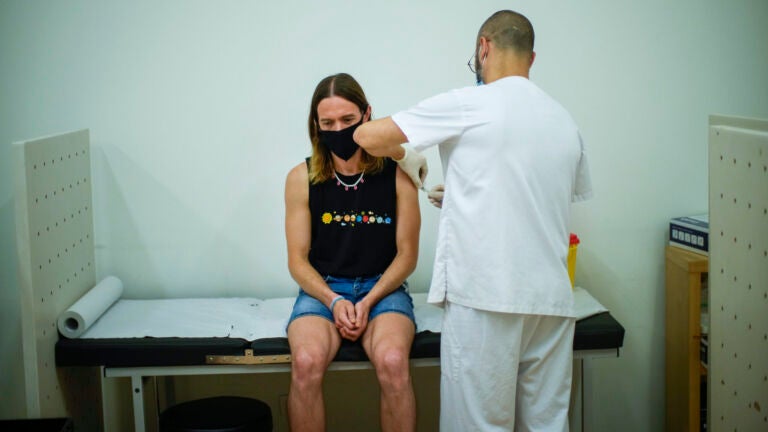