Senator Scott Brown’s campaign on Wednesday night issued a statement calling the behavior of some staffers “unacceptable,’’ as a Cherokee Nation leader denounced Brown’s campaign for what he called “offensive and racist behavior’’ towards Native Americans.

A day earlier, Democrats released a video filmed outside a Brown campaign event showing Republican staff members, including an aide in Brown’s Senate office, performing tomahawk chops and war whoops amid a crowd of boisterous supporters of both candidates.

“The conduct of these individuals goes far beyond what is appropriate and proper in political discourse,’’ Bill John Baker, principal chief of Cherokee Nation, said in a statement. “The use of stereotypical ‘war whoop chants’ and ‘tomahawk chops’ are offensive and downright racist. It is those types of actions that perpetuate negative stereotypes and continue to minimize and degrade all native peoples.’’

The state Democratic Party identified the staff members as Brad Garnett, who works for the Massachusetts Republican Party, and Jack Richard, a constituent services lawyer in Brown’s Senate office.

Brown’s campaign has neither confirmed nor denied the identity of those in the video. In the statement Wednesday night, a campaign spokeswoman said the senator had addressed the incident.

“Senator Brown has spoken to his entire staff – including the individuals involved in this unacceptable behavior – and issued them their one and only warning that this type of conduct will not be tolerated,’’ spokeswoman Alleigh Marre wrote. “As we enter the final stretch of this campaign, emotions are running high, and while Senator Brown can’t control everyone, he is encouraging both sides to act with respect. He regrets that members of his staff did not live up to the high standards that the people of Massachusetts expect and deserve.’’

The campaign also released a comment from a member of the Pequot tribe calling Warren a “fraud’’ for her undocumented claims of Native American ancestry.

Baker, a Democratic activist who served as a delegate to the party’s convention in Charlotte, said the Republican senator’s reelection campaign “must be called to task for their actions.’’

“We need individuals in the United States Senate who respect Native Americans and have an understanding of tribal issues,’’ he said. “For that reason, I call upon Sen. Brown to apologize for the offensive actions of his staff and their uneducated, unenlightened and racist portrayal of native peoples.’’

Warren on Tuesday said that she was “appalled’’ by the video. “If this had happened on my staff, there would be consequences . . . serious consequences,’’ she said.

Warren, who bases her assertions of Native American ancestry on family stories, has acknowledged that she listed herself as a minority in a legal directory often used by law school recruiters. But she has insisted she never received any professional benefit because of that assertion, a statement supported by those who hired her at Harvard Law School and other institutions.

Asked about the tribe’s position on the Warren Native American controversy, Amanda Clinton, spokeswoman for the Cherokee Nation, said: “We don’t feel it’s the tribe’s place to second guess or place judgment on a person’s family tree.’’ 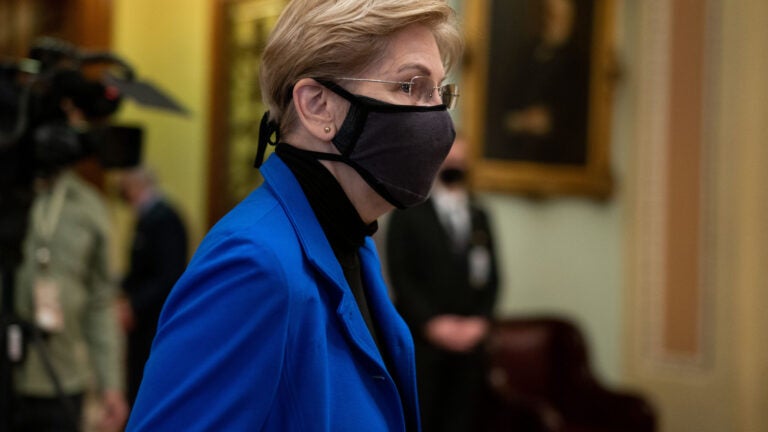