STOUGHTON – A 17-year-old boy was shot and killed in Stoughton Saturday while he was in the basement of his family home with his 21-year-old brother, authorities said.

David Wade, a senior at Stoughton High School, was shot by his brother, but no charges have been filed in the case, Norfolk District Attorney Michael W. Morrissey said at a press conference Saturday night.

A press release from the district attorney’s office earlier in the day said police were investigating the incident and had not ruled out that it may have been an accident.

Wade’s parents and three brothers, including the 21-year-old man, were all home at the time of the shooting, Morrissey said at the press conference.

The district attorney released few details about the incident, but said the 21-year-old brother received his firearms license in the past couple weeks and the gun involved belongs to a family member.

Both the alleged shooter and Wade’s mother called 911 after the incident about 3:30 p.m., and the family tried to render medical care before emergency responders arrived, Morrissey said.

“It’s fair to say that the family is extremely devastated and they are cooperating with police at this time,’’ the district attorney said.

Police officers remained at the family’s home on Turnpike Street Saturday night, and the front yard was blocked by yellow tape.

A short distance away at St. James Catholic Church, a few teens and adults gathered in the basement to grieve Saturday night.

Ann Marie Collins, a neighbor of the Wade family and a St. James parishioner, called the shooting unimaginable.

Collins said she has known the family for 18 years. “They are a very close-knit, loving family, and everything they do is family-centered,’’ she said.

Ernesto Carbone, another neighbor, said he had seen David cutting grass on Saturday. He said he had known David since he was a baby. “He was just an all-around guy, like anything you needed, even if you were down on your luck, he was there for you,’’ Carbone said of David.

“He was always outgoing,’’ he said of David. “You would see him outside and he’d always say, ‘How you doing?’ ’’

Both Carbone and Collins described their neighborhood as close and connected. 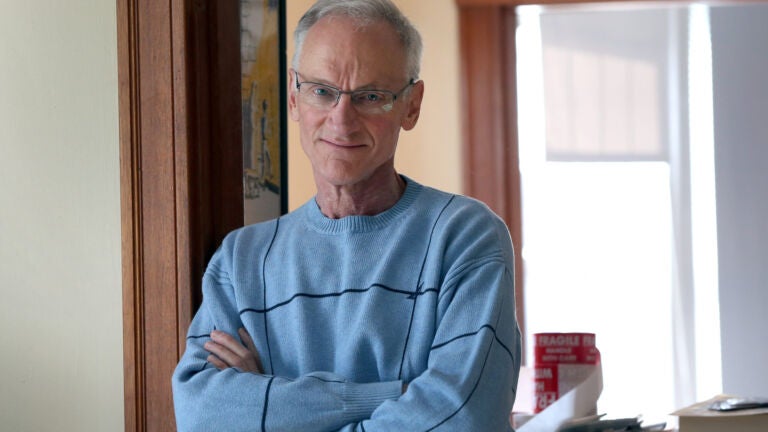