New York Mayor Michael R. Bloomberg is supporting Senator Scott Brown for his moderation, but the vociferous defender of Wall Street used some of the strongest language of the campaign to describe Democratic Elizabeth Warren — comparing her philosophy with Soviet communism.

The comments were published in The New York Times’s The Caucus blog on Sunday, based on a Friday interview Bloomberg gave to the paper.

“You can question whether he’s too conservative,’’ Bloomberg said. “You can question, in my mind, whether she’s God’s gift to regulation, close the banks and get rid of corporate profits, and we’d all bring socialism back, or the U.S.S.R.’’

Bloomberg prefaced his comments by emphasizing his desire to support “middle-of-the-road Republicans and Democrats,’’ and praising Brown’s work to block a bill that would have expanded the right to carry firearms across state lines. Bloomberg went on to say that Brown, though more conservative than him, deserves his support because of his work on a major gun-control issue. “If we don’t support people like that, nobody’s going to take risks,’’ Bloomberg told the paper.

Bloomberg, a Republican-turned-independent, held a fund-raiser for Brown in July. An aide who runs Bloomberg’s new Super PAC told the Globe last week that he would not be spending money from the committee in the Massachusetts Senate race.

Brown has touted Bloomberg’s support as another sign of his bipartisanship. Democrats have said that Bloomberg is joining other big Wall Street players in supporting Brown because Warren has fought hard to regulate in the financial industry. 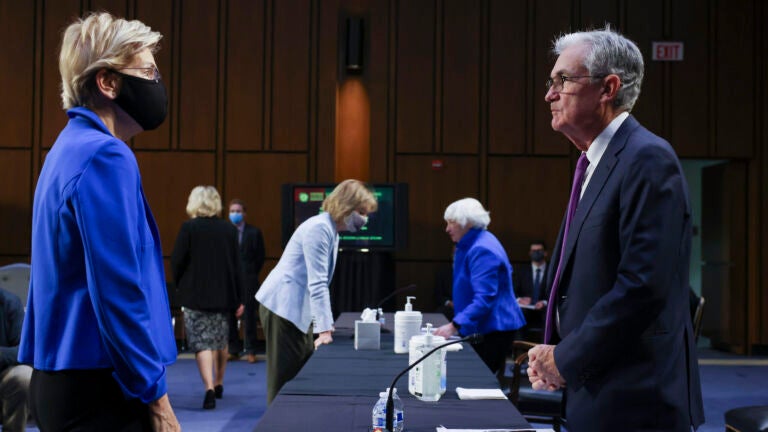