Massachusetts voters resoundingly passed the “Right to Repair’’ ballot question, meaning the new law requiring automakers to provide independent repair shops as well as dealers with easy access to the computer codes needed to diagnose complex car problems will need to be reconciled with compromise legislation passed after the ballots were approved.

Legislators could also decide to re-approve the compromise. The regulations are the first of their kind in the nation.

Under the ballot legislation, automakers are required to make diagnostic and repair information available to independent shops and dealers through a universal system by 2015. The compromise legislation, passed in July, gives automakers until 2018 to comply with new regulations.

Following the legislative compromise, voters were initially urged to skip Question 1. But in recent weeks, AAA of Southern New England and other supporters began encouraging residents to cast a yes vote to ensure that Massachusetts consumers would have more choice when choosing who repairs their cars.

“We considered telling people to skip the question,’’ said Arthur Kinsman, a spokesman for the Right to Repair Committee, which was behind the original effort to get the issue on Tuesday’s ballot. “The resounding response we got was that people still wanted to vote for this.’’

Still, he recognized that passage of the ballot question creates issues, including what types of vehicles will be regulated by the law, what kind of penalties manufacturers will face if they don’t comply, and what the deadline for compliance will be.

“We promised the legislature we would work with them on any reconciliation that may take place,’’ Kinsman said. Still he said, Tuesday’s margin of victory proves “that this is something Massachusetts is leading the way [on] and there ought to be access to this kind of information in every state.’’

Opponents of the “Right to Repair’’ ballot question decried Tuesday’s passage of the issue, saying it “creates confusion and uncertainty for automakers, repairers and consumers.’’ They’ve continuously argued that complying with the new regulation by 2015 would be too onerus for most manufacturers and would likely result in higher sticker prices for cars. On Tuesday night, Daniel Gage, a spokesman for the Alliance of Automobile Manufacturers, one of the industry groups opposing the original Right to Repair legislation, said they would ask legislators to reapprove the compromise.

“Automakers continue to support the negotiated Right to Repair compromise — previously agreed to by all parties — that became law prior to the election,’’ Gage said in a statement. “We hope to work with legislators to fully reinstate that joint agreement as soon as possible.’’ 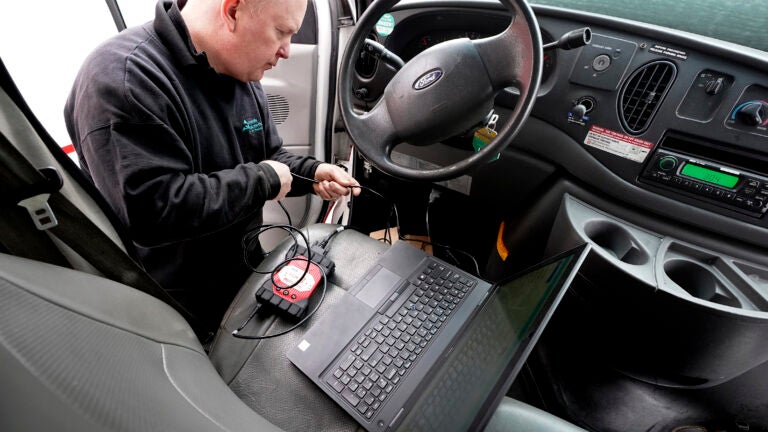