US District Judge Richard Stearns today changed the date for the trial of James “Whitey’’ Bulger, scheduling it roughly four months later than federal prosecutors said was justifiable for a long-time fugitive, and about five months earlier than defense attorneys argued was needed to protect the accused killer’s constitutional rights.

Stearns, in a 13-page order issued this afternoon, set June 6 for jury selection to get underway in US District Court in Boston. Opening statements by defense attorney J.W. Carney Jr. and prosecutors from US Attorney Carmen Ortiz’s office are set to be heard four days later.

“The goal is to determine a task-oriented schedule that is, on the one hand, fair to the defendant in giving his counsel adequate time to prepare for trial and, on the other hand, fair to the government, the public and the families of the alleged victims, by not unnecessarily delaying a case that they desire to be resolved as openly and expeditiously as possible,’’ Stearns wrote.

Bulger had been set to go on trial March 4, but Carney had complained that federal prosecutors had handed over so much evidence, and had done so in such a disorganized fashion, that he would need at least until next November to be ready for trial.

Ortiz’s office, meanwhile, said Bulger’s trial had been delayed long enough, since he spent 16 years on the run after learning from corrupt FBI agents that he was about to be indicted for a variety of crimes, including having an alleged role in 19 murders.

A spokeswoman for Ortiz declined comment about the new trial date set by Stearns.

In his 13-page order, Stearns also set out specific timelines and laid out rules prosecutors and Bulger’s defense team will now use leading up to the start of the trial, rules that Stearns wrote he hopes will keep the case on track.

Stearns also wrote that Carney has correctly noted in court papers that he has been denied his request for the government to pay for six defense lawyers. What Carney has failed to note publicly, the judge wrote, is that he has authorized three lawyers in Carney’s office — Richard Gedeon, Kathryn Barnwel and John Oh — to work on the Bulger case “without limitation.’’

In all, the judge said, Bulger now has five lawyers working for him: Carney, associate lead counsel Hank Brennan, and Gedeon, Barnwell and Oh.

Stearns also wrote that he has rejected Carney’s request for $210,000 to transcribe taped conversations used as evidence in the case but has approved $40,000 to pay a computer company to set up a document management system.

“The court does not have the authority or inclination, however, to issue a blank check,’’ Stearns wrote.

Bulger, now 83, was once one of America’s Most Wanted until his capture in June 2011, in Santa Monica, Calif., in the same rent-controlled apartment where he had been staying during most of his 16 years on the lam. He faces a federal racketeering indictment accusing him of 19 murders.

Bulger has pleaded not guilty to all charges and is currently being held at the Plymouth County Correctional Facility. Last Sunday, he was taken Boston Medical Center after complaining of chest pains. He was returned to the facility by Tuesday, officials have said. 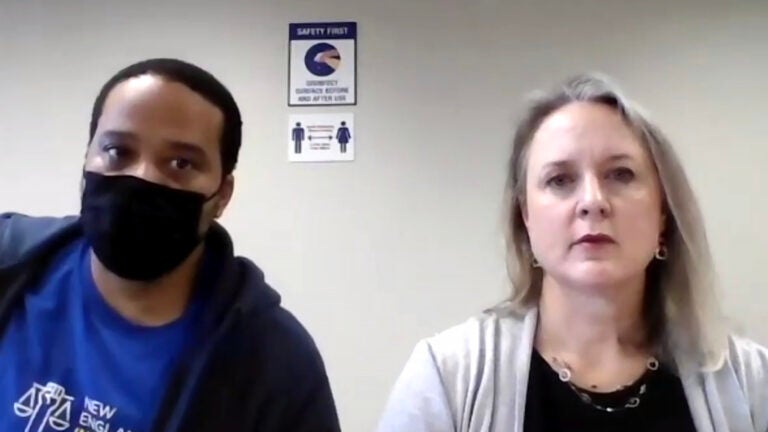