Cayden Leger’s parents woke up Thanksgiving morning to the terrified screams of their 2-year-old son. It sounded like he was inside the walls. 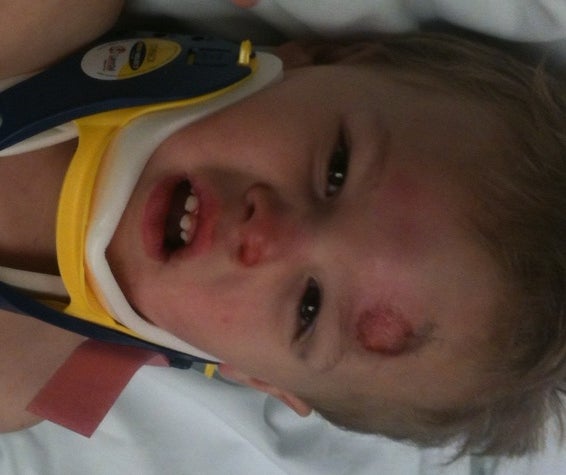 Cayden Leger is back at home today, back to his normal self, his mother says, as he recovers from scrapes and bruises. (Family photo)

“I woke up to him screaming so, so loud,’’ said Melissa Pendlebury, Cayden’s mother. “Everybody was running around trying to figure out where he was.’’

The young boy, who only suffered minor injuries, slid down an old laundry chute on the second floor of the home and got tangled in wires, suspended in the dark, Pendlebury said.

The home on Carpenter Street in Manchester, N.H., used to be an administrative building and the chute was used to run wires from the top floor to the basement, she said. The opening to the hole is only about 10 by 6 inches.

“We’ve lived here for three and a half years,’’ Pendlebury, 34, said. “They’ve thrown a few toys down there.’’ But she never thought any of her four children would ever try to slide down the chute.

“Cayden is the most curious boy I’ve ever come across in my whole life,’’ she said. He is also the youngest in the family.

As their son continued screaming for help, the parents frantically searched for a way to get to him and called 911.

Cayden’s father and Pendlebury’s fiance, Eric Leger, punched through a wall three times to be able to see and touch his son. Leger, 33, fractured his wrist in the process.

“We tried to comfort him, but he was just screaming bloody murder,’’ Pendlebury said.

Firefighters arrived quickly and rushed to the basement, she said. They cut the wires cradling the toddler and pulled him out slowly through the bottom of the chute.

“They were phenomenal,’’ Pendlebury said. “They kept us calm and I couldn’t have asked for anything better.’’

The young boy has rashes and burns on his head, nose, and upper lip, where his face scraped the sides of the narrow chute, Pendlebury said.

He was taken by ambulance to Elliot Hospital. His father was treated for a fractured wrist and displaced bones, she said.

The family was able to return home by late morning and celebrated Thanksgiving in an unconventional way, with Chinese food and movies.

“He really started it off in a non-traditional way,’’ Pendlebury said of her son.

Despite the traumatic incident, Pendlebury said she was able to find some quiet time with her family and that things are settling down.

“Cayden is back to his normal getting-into-trouble, devilish self and his dad is suffering and relaxing on the couch,’’ Pendlebury said. “I’m trying to get my house back together.’’

Although the frightening incident was not what she expected on the holiday, Pendlebury said it has made her especially grateful.

“I’m thankful that it was only a few scrapes and bruises and a fractured wrist,’’ she said. “We can deal with that.’’

And curious little Cayden will not be taking any more tumbles down the chute.

“It was screwed shut before we even came home from the hospital,’’ she said. “He can’t open it anymore.’’ 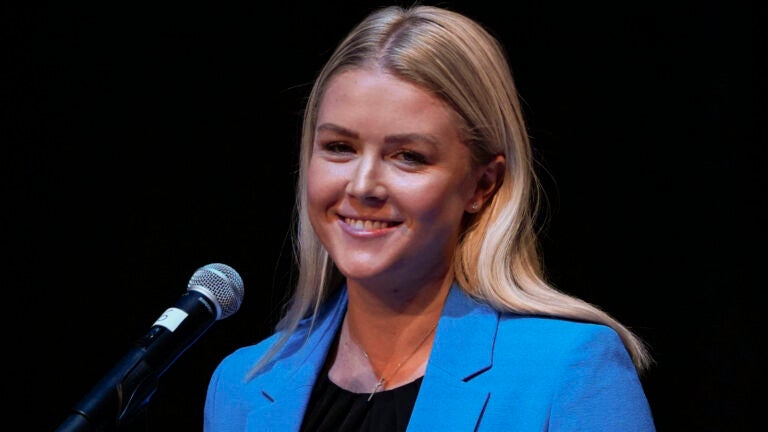