“Tristana,’’ which turns up in a restored print at the Kendall starting on Friday, isn’t top-drawer Luis Buñuel. Still, the old devil is welcome any time, in any form, especially in a movie landscape as safe and soft as ours. As much as this tale of bent love runs in the ruts of its maker’s obsessions, it has an undertow that’s impossible to shake.

Originally released in 1970, “Tristana’’ falls between late-’60s masterworks like “The Milky Way’’ and “Belle de Jour’’ and the final, impishly surrealist trilogy that began with 1972’s “The Discreet Charm of the Bourgeoisie.’’ The plot hearkens back to 1961’s scandalous “Viridiana’’ and 1953’s underrated “El’’: a wealthy, complacent older man tries to debauch a virginal innocent only to find the universe (i.e, Buñuel) subjecting him to perverse mind games. The change-up in “Tristana’’ is that the innocent ends up even more depraved than her lover.

Fernando Rey, Buñuel’s favorite late-period actor (and possible alter ego), plays the old goat, Don Lope, waxing his mustache and smugly congratulating himself on his progressive anticlerical views. We’re cued to loathe his hypocrisy, but, as always with this director, things aren’t that simple. The young Catherine Deneuve — fresh from playing a housewife prostitute in “Belle de Jour’’ — is cast in the title role of Don Lope’s ward, and despite the actress being dubbed into Spanish, it’s one of the nervier performances in her early catalog.

The movie’s a pilgrim’s progress in reverse, really: Tristana rebels against the father-figure who beds her, takes a young painter lover (Franco Nero, also dubbed), but returns to Don Lope after a tumor results in the loss of her leg. By film’s end, she’s a startlingly cold figure, dominating the old man and scraping her crutches along the floor with the implacability of fate.

The film was shot in Toledo, Spain, and it’s a claustrophobic affair, the characters trapped in cobbled alleyways the sky never pierces. After years of working in Mexico, Buñuel had returned to Europe and his Spanish homeland serene in his antagonism toward the church and the authorities — any authorities, of any kind. “Tristana’’ is one of his least overtly surreal films, but the great, mocking joke of existence is there just under the surface, in the shots of Tristana’s prosthetic leg and in Deneuve’s hollowing face, in the imperiousness with which she exposes herself to a neighborhood boy, and in the mysterious and chilling final sequence that rewinds the story to the heroine’s youthful fork in the road. As always with Buñuel, we’re the authors of our own ruin. “Tristana’’ sighs and smiles and leaves us holding a shroud. 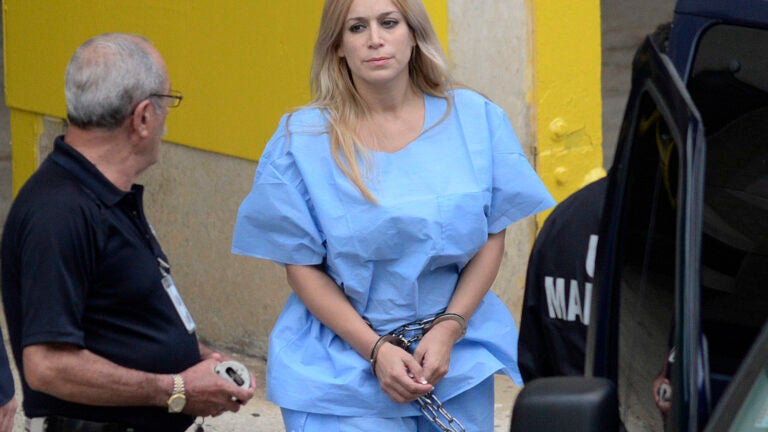 Police said a millionaire’s murder was a robbery. The truth led to an international hunt for ‘The Black Widow.’