A Boston police officer was honored today for jumping into the cold waters of Boston Harbor on Friday afternoon to save a woman.

At police headquarters, Officer Edward T. Norton received a commendation from Police Commissioner Edward F. Davis, along with a proclamation from Mayor Thomas M. Menino for his actions in the Fort Point Channel.

“It’s really a remarkable show of heroism, immediate action, and courage that made a difference this Christmas for a family,’’ Davis told reporters at a press conference. “There’s a family out there right now that’s going to have a good Christmas today because of the acts of Officer Norton.’’

Just before 1 p.m., Norton, 40, one of the first officers on the scene, took off his shoes and gun belt before leaping over a railing and into the water near the Summer Street bridge.

“That’s no easy feat for anybody who has been in cold water before,’’ Davis said. The water at the time of the rescue was about 40 degrees.

In just under a minute, Norton managed to sidestroke out to the woman who was screaming for help as she struggled to cling onto a float. With a life preserver in hand, Norton was able to hold the woman above water until three firefighters jumped in to assist him.

“I didn’t really have time to think at all,’’ Norton said today. “It was either go or watch her struggling, so I certainly can’t stand on the side and watch her drown.’’

Davis said the woman either jumped or fell into the water.

The firefighters led the woman to a rescue ladder positioned off the bridge, and waited for a State Police boat to arrive and lift them out of the water, Boston Fire Department spokesman Steve MacDonald said Friday.

The unidentified woman and Norton were taken to an area hospital to be treated for hypothermia. The three firefighters were also taken to the hospital, MacDonald said.

In the proclamation, Menino said Norton’s “heroic efforts saved a distraught person, who may have otherwise lost her life,’’ and added that he was a model of exemplary service.

The only things lost in the rescue were Norton’s glasses and wedding ring, according to Officer Neva Coakley, a police spokeswoman.

When asked what it’s like to be called a hero and an exemplary officer, Norton replied, “It’s a little embarrassing.’’

Fellow officers have already jumped at the opportunity to make light of Norton’s rescue efforts, he said, mentioning that they pasted a picture of Norton’s face on David Hasselhoff’s body within hours of the incident.

“We call him Baywatch Eddie,’’ an officer at the conference quipped.

Norton has worked for the Boston police department for 11 years and is currently assigned to the South Boston district police station. 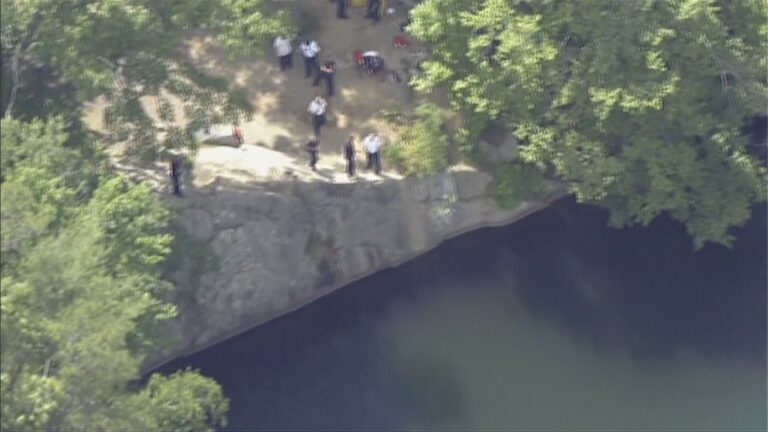