You really can make a bad family movie less terrible. The people responsible for “Parental Guidance’’ have done an honorable enough job, chiefly through casting. No, I don’t understand how the combination of Bette Midler and Billy Crystal produces Marisa Tomei for a daughter, but here it does. They happen to be the right actors for a movie that asks one character to be whacked in the crotch and another to have a cake land on her head. It’s not dignity you need them to have. It’s a fear of embarrassment. It’s: “I’ll do anything for this movie, but I won’t do that.’’

You feel that Midler, Crystal, and Tomei, along with Tom Everett Scott, who plays Tomei’s husband, and the three kids who play their children, sat down with the director (Andy Fickman) and writers (Lisa Addario and Joe Syracuse) and demanded a degree of decorum. Midler gets to do a lot of her big faces and Crystal indulges certain sports fantasies and runs around like a lunatic a couple of times, but they won’t give material this mediocre the satisfaction of total self-humiliation. They do a lot of underplaying.

The setup gently pits Midler and Crystal against Tomei and Scott. When the younger couple tries to go away for a few days, they ask her parents to come over to their McMansion to watch the kids: an uptight perfectionist (Bailee Madison), a bullied stutterer (Joshua Rush), and a brat (Kyle Harrison Breitkopf). They’re a trio of overindulged neurotics who’ve been coddled to the point of uselessness, and the grandparents don’t know what to do about the hypersensitivity. Midler thinks the kids need toughness and Crystal is itching to spank the brat, which would pretty much be against the law among the upper-middle class. All you’re allowed to say is “use your words.’’ The grandparents don’t get the charter-school rules, tofu dogs, “soysages,’’ and scoreless tee-ball. Sensing disaster, Tomei’s character delays her flight to keep the children safe from reality.

This kernel of inter-generational farce never pops. In fairness to the marketplace demands, you can’t unpack old-school parenting versus certain parenting in 2012 and still call yourself a family movie. Do kids want to see a movie about clashing child-rearing philosophies? Whenever an adult spoke to another adult, the kid to my right squirmed and whined and watched me scribble into my notebook. He was about 4 years old. So anytime a cake went flying or a bat landed between someone’s legs or the brat calls Crystal “Fartie,’’ my restless seatmate went bananas.

He might have been underage, but when he was happy he was happy and when he wasn’t, he let you know. These movies are tough to pull off. You want respectability because the idea of a family movie this time of the year has become an ordeal that could tear a family apart. Surviving the holidays is one thing. Surviving two “Cheaper by the Dozen’’ movies and a pair of “Alvin and the Chipmunks’’ deserves a medal. But those movies were hits. And their dumbness is why. An adult wants a modicum of decency. Kids want somebody to get hit by flying cake.

It’s sweet, the attempt to almost get Midler and Tomei talking about what good parenting is, the argument the film makes for the cruelty of rearing the child’s equivalent of a barkless dog or hypoallergenic cat. It’s just that the setups are often silly, like one sequence with Crystal running around an opera house covered in tribal Day-Glo. My seatmate might disagree, but “Parental Guidance’’ is overly generous with regard to the silliness. However, it’s not clueless. Crystal seems determined to give as generously as he gets. When a bully whacks him, Crystal covers the bully in vomit. Good for him. 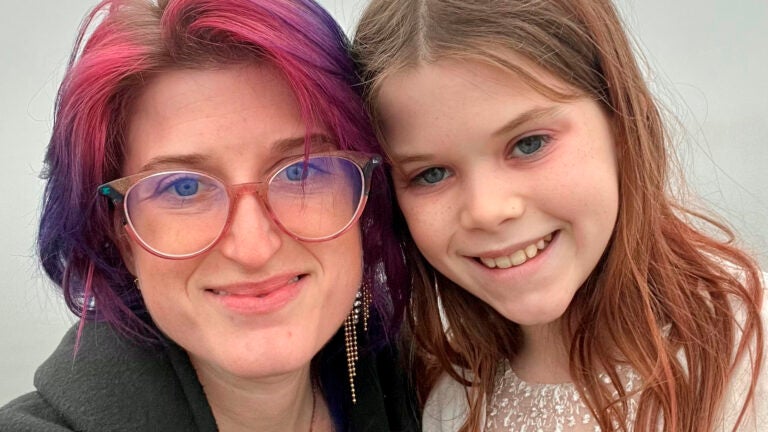