Melissa Francis has no patience for waiting — for anything. When the 26-year-old Allston barista talks about slow Internet connections, she can barely hide her disdain. Waiting a couple of extra seconds for a page to load feels like an eternity.

“I’m not proud of it, but I yell at my computer when it’s slow,’’ Francis said.

The demand for instant results is seeping into every corner of our lives, and not just virtually. Retailers are jumping into same-day delivery services. Smart phone apps eliminate the wait for a cab, a date, or a table at a hot restaurant. Movies and TV shows begin streaming in seconds. But experts caution that instant gratification comes at a price: it’s making us less patient.

The Pew Research Center’s Internet & American Life Project sums up a recent study about people under the age of 35 and the dangers of their hyperconnected lives with what sounds like a prescription drug warning: “Negative effects include a need for instant gratification and loss of patience.’’

It’s not just Gen Y, of course. Anyone who’s growled in frustration while a website loads or while on hold with a doctor’s office knows tolerance for delay is in short supply. But impatience may be most pronounced among the young, wired nearly from birth.

“Most of my generation has grown up not having to wait for anything,’’ said Zack Dillahunty, 23, who finds dates using the Grindr app on his iPhone.

Retailers, smelling profit in impatience, recently began a battle for same-day delivery supremacy, with Walmart and eBay challenging Amazon in the category. In Boston, one city where Amazon same-day delivery is available, shoppers can place an order by 11 a.m. and, for an $8.99 fee plus 99 cents per item, have it that day. Walmart launched Walmart-To-Go last year, charging $10 for same-day delivery, though it’s not yet available here.

We’ve come to expect things so quickly that researchers found people can’t wait more than a few seconds for a video to load. Ramesh Sitaraman, a computer science professor at UMass Amherst, examined the viewing habits of 6.7 million internet users in an study released last fall. How long were subjects willing to be patient? Two seconds.

“After that they started abandoning,’’ Sitaraman said. “After five seconds, the abandonment rate is 25 percent. When you get to 10 seconds, half are gone.’’

The results offer a glimpse into the future, he says. As Internet speeds increase, people will be even less willing to wait for that cute puppy video. Sitaraman, who spent years developing the study, worries someday people will be too impatient to conduct studies on patience.

“The need for instant gratification is not new, but our expectation of ‘instant’ has become faster, and as a result, our patience is thinner,’’ said Narayan Janakiraman, an assistant professor of marketing at the University of Texas, Arlington.

Janakiraman conducted a 2011 study called “The Psychology of Decisions to Abandon Waits for Service.’’ Subjects were made to wait for downloads and kept on hold as they waited for help from a call center. As predicted, many test subjects who were forced to wait abandoned the process.

Cambridge grad student Valla Fatemi has yet to try same-day delivery, but he relies on Amazon Prime, a $79-a-year membership that offers shoppers benefits such as free two-day shipping. “The two-day shipping is huge,’’ Fatemi said. “It’s gotten me in the mode of expecting things at my door pretty quickly.’’

Nor will he wait for movies.

“It used to be you had to wait to download a movie,’’ he said. “If I want to watch a movie now, and it’s not on Netflix or on-demand, then I’m not going to put any more effort into finding it.’’

Others seem to feel the same. Netflix has 33 million members who stream videos, compared with only 8 million who get DVDs by mail. Meanwhile, Cambridge start-up the Happy Cloud is building its business by helping zealous video gamers download games in minutes rather than hours.

Darrell Worthy, an assistant professor of psychology at Texas A&M University who studies decision making and motivation, has found evidence of what some already feared: We’re becoming more focused on quick fun — such as a game of Angry Birds on the iPhone — than on reading books or magazines.

That echoes the Pew study. Researchers found the rapid pace of technology can lead to more nimble thinking, but that “trends are leading to a future in which most people are shallow consumers of information.’’

“A lot of things that are really valuable take time,’’ Worthy said. “But immediate gratification is the default response. It’s difficult to overcome those urges and be patient and wait for things to come over time.’’

A prime example? Saving money. The US Department of Commerce Bureau of Economic Analysis found that Americans’ personal saving rates — the percentage of disposable income saved — averaged 3.6 percent in December 2012. In December 1982, Americans saved 9.7 percent. There are a variety of reasons, from high unemployment to stagnant wages, but our growing focus on immediacy may also play a role.

“We’re not wired to think about the long-term anymore,’’ says Phil Fremont-Smith of ImpulseSave, a Cambridge company that encourages individuals to save through an app that tracks spending and sends congratulatory messages when members cut costs. In that way, a long-term goal earns immediate feedback.

“It’s instant gratification that we’re giving them,’’ Fremont-Smith said. “People have a need for immediacy that they don’t normally see when they’re saving money.’’

Whatever the negatives, Worthy of Texas A&M says there is still value to be found in impatience. “From a business perspective, there’s nothing wrong with companies selling more and faster,’’ he said. “People have always been impatient, and sometimes that impatience helps move things faster.’’ 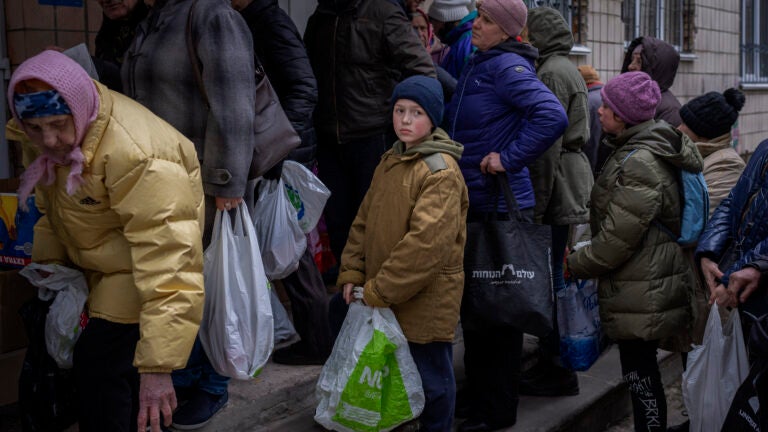