There are generally two reasons why American males don’t shave regularly. Some men are slaves to fashion, and they believe that showing off a face full of whiskers and five o’clock shadow is trendy and hep. This group likes to “rock the stubble,’’ said Susan Baba, Gillette’s US communications manager.

But many others skip shaving because they say it leaves their faces raw and irritated. Indeed, a recent Gillette survey found that 54 percent of men report having sensitive skin that can be aggravated by shaving.

For such men, shaving can feel like getting a mug full of barbed wire — or so suggests a new TV ad for the Mach3 Sensitive that includes the brand’s long-time mantra: “Gillette — The Best a Man Can Get.’’

But use the Mach3 Sensitive, along with the new gel, and a gent is in for a kinder, gentler shave, the new ad campaign says.

The razor’s suggested retail price is $10.47. But that there may be a pay-off for such an investment, one ad notes. Shaving with the Mach3 Sensitive will get a man “closer to the one you love,’’ says one TV spot created by ad agency BBDO, New York.

And for the man who yearns to be the ultimate smoothie, Baba recommends using the Gillette Fusion ProGlide SilverTouch, the brand’s top of the line razor.

The messaging on the Fusion ProGlide’s packaging has been updated to note that this is the ideal precision instrument for a man who wants a shave that is both close and comfortable. 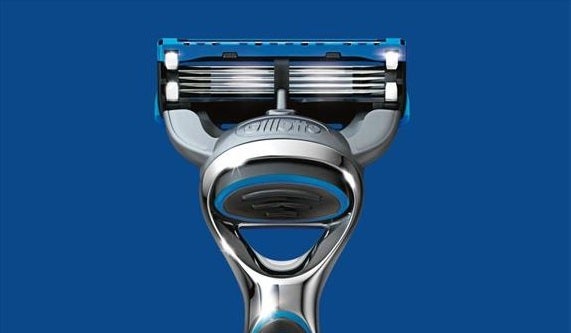