A Quincy man was sentenced Monday to seven years in prison for running a series of illegal gambling dens in Boston’s Chinatown neighborhood and using violence to collect debts from gamblers, the US Attorney’s office in Boston announced.

Minh Cam Luong, also known as Ming Jai, 48, pleaded guilty in September to an 11-count indictment charging him with running the illegal gambling business. The charges came in the wake of an investigation into gambling and extortion in the neighborhood.

“The people of Boston’s Chinatown deserve to live in peace and without violence in their community,’’ US Attorney Carmen M. Ortiz said in a statement. “We are hopeful that this lengthy sentence will offer some relief to the community. Prosecuting organizations who prey on others will continue to be a priority for my office.’’

Luong admitted that he ran three illegal gambling dens — on Harrison Avenue, and Edinboro and Beach streets — between July 2009 and June 2011. The dens offered high-stakes gambling on Chinese table games, including pai gau, which was the most lucrative because players bet against each other instead of against the house, Ortiz’s office said. The house then collected a 5 percent commission on winnings, which ranged from hundreds to tens of thousands of dollars.

The investigation included a court-authorized wiretap of Luong’s phone and a number of video recordings made inside gambling dens, officials said. In a series of intercepted phone calls, Luong threatened debtors with violence if they did not pay. Luong and his associates beat up the operators of other Chinatown gambling outfits “in order to maintain Luong’s ‘face,’ and his ability to collect debts from frightened debtors,’’ Ortiz’s office said.

“The defendant in this case gambled and lost. Illegal gambling is not a victimless crime. Those who participate in these criminal enterprises have no problem using threats and violence to collect outstanding debts,’’ Boston Police Commissioner Edward F. Davis said in the statement. [This] “sentence sends a powerful message; this type of activity will not be condoned.’’

Last week, Luong’s partner and primary enforcer, Pau Hin, of Quincy, pleaded guilty to illegal gambling and extortionate collections charges. He is to be sentenced June 5.

“Boston is one of a dozen cities nationwide which the FBI has identified as having a prevalence of Asian criminal enterprises,’’ Richard DesLauriers, special agent in charge of the FBI’s Boston division, said in the statement. “By identifying the threat posed by these enterprises, the FBI and our law enforcement partners can be persistent, methodical, and unyielding in investigating their activity.’’

In addition to his prison time, Luong was sentenced to three years of supervised release and ordered to pay a fine of $1,100. 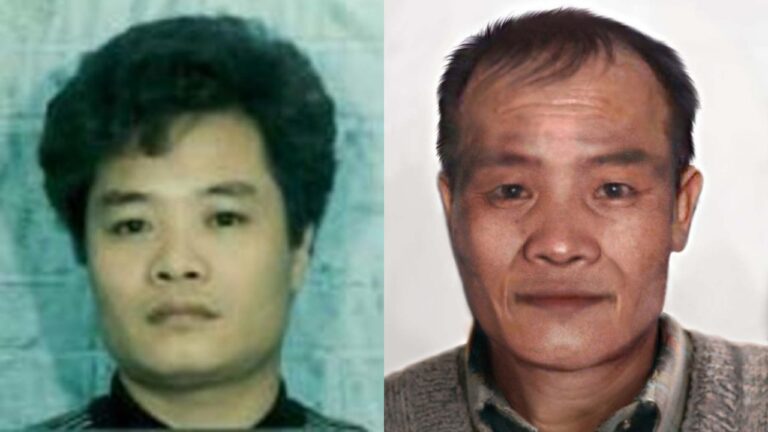 30 years ago, three men shot six others in Chinatown. Today, 1 is still on the run.