Harvard University central administrators secretly searched the email accounts of 16 resident deans last fall, looking for a leak to the media about the school’s sprawling cheating case, according to several Harvard officials interviewed by the Globe.

The resident deans sit on Harvard’s Administrative Board, the committee charged with handling the cheating case. They were not warned that administrators planned to access their accounts, and only one was told of the search shortly afterward.

The dean who was informed had forwarded a confidential Administrative Board message to a student he was advising, not realizing it would ultimately make its way to the Harvard Crimson and the Globe and fuel the campus controversy over the cheating scandal.

All the Harvard officials interviewed by the Globe declined to identify the dean, although one said no punishment had been involved.

The other 15 deans were left unaware their email accounts had been searched by administrators until the Globe approached Harvard with questions about the incident on Thursday, having learned of it from multiple Harvard officials who described it in detail. Those officials asked for anonymity out of fear of reprisal.

Harvard administrators said they would inform the remaining deans today — almost six months after the search.

The deans have two Harvard email accounts – one primarily intended for administrative duties, and another for personal matters. Only the first category of accounts was searched; information technology staffers were instructed to look only for a specific forwarded message heading and to not read the content of messages.

News of the incident could nonetheless anger Harvard faculty members, whose privacy in electronic records is protected under a Faculty of Arts and Sciences policy.

Resident deans are not professors, but they teach. At issue is how much privacy they should expect.

“If reading the deans’ email is really OK by the book, why didn’t they just ask the deans who leaked the memo, threatening to read their email if no one came forward?’’ said Harry Lewis, a computer scientist and former dean of the college who helped draft its current email privacy policy for faculty. “Why not tell them what was being done if it was really an OK thing to do?’’

The Globe requested interviews with several members of Harvard’s central administration regarding the incident. In response, the dean of the Faculty of Arts and Sciences, Michael Smith – whose office authorized the search along with the Harvard general counsel’s office – released a statement to the Globe on Friday.

The statement did not specifically acknowledge the administration’s actions or say who had initiated them. But it appeared to defend them on grounds that the leak might have compromised the Administrative Board’s confidential disciplinary process.

“Harvard College would take all necessary and appropriate actions under our procedures to safeguard the integrity of that process, which is designed to protect the rights of our students to privacy and due process,’’ the statement read.

The leaked email, which was written by the head of the Administrative Board, Jay Ellison, on Aug. 16, mostly offered innocuous advice for deans counseling students implicated in the cheating case who were concerned about punishment. It did not name any students.

However, it did contain a passage in which Ellison noted that student-athletes might consider taking voluntary leaves of absence in order to preserve NCAA eligibility if found guilty.

Sharon Howell, Harvard’s senior resident dean, said she was dismayed to learn that the email accounts had been accessed.

In September, she said, she and the dean of the college, Evelynn Hammonds, had briefly discussed the possibility that administrators might search the deans’ email accounts.

“I told her that I thought looking at our email records was sort of drastic and problematic,’’ she said.

Howell said she did not hear anything further from administrators about the matter until Friday, when she was called in to discuss it with Hammonds and two other college officials, who were hoping for advice on how to tell the other resident deans.

“They don’t seem to think they’ve done anything wrong,’’ she said. “[I told them], if you want to repair this with the resident deans, it would make sense to talk about why you thought this was the right thing at the time, and apologize for not notifying us after the fact.’’

Howell and other officials interviewed by the Globe said they had no reason to suspect any other email accounts were examined as part of the probe into the leaked message.

Harvard spokesman Jeff Neal added that “any assertion that Harvard routinely monitors emails – for any reason – is patently false.’’

Some Harvard policies do allow administrators to freely access email accounts and other electronic records without notifying the holders or owners.

One policy, which appears designed to ward off potential attacks by hackers on school networks, states that authorized administrators may access accounts in order to “prevent harm to the University.’’

Another policy, aimed at non-unionized administrative and professional staff, states that electronic records “may be accessed at any time by management or by other authorized personnel for any business purpose.’’

The resident deans, however, may qualify for more protection than that policy provides. They are not only administrative and professional staff; they also hold positions as lecturers. That means they may be considered members of the Faculty of Arts and Sciences, who work under a separate policy that all but assures them that their emails and other records on school computers will remain private.

Under the FAS policy, administrators are allowed to access faculty emails and documents in “extraordinary circumstances such as legal proceedings and internal Harvard investigations.’’ But they must notify the relevant faculty members in writing, ideally in advance. If “circumstances make prior notification impossible,’’ faculty are to be “notified at the earliest possible opportunity.’’

That FAS policy was drafted in part because some professors feared that previous president Lawrence Summers was monitoring their correspondence.

Howell said she expected to be granted the same level of privacy as FAS members. She noted that she and another resident dean serve on the college’s 18-member Faculty Council.

During her meeting on Friday, she said, “I challenged them on this. They seemed to think [the faculty] policy didn’t apply and that it was the staff policy that applied. But we’re faculty.’’

Greg Morrisett, a computer scientist who heads the FAS standing committee on information technology, agreed that the resident deans would qualify for protected status and said that a lot of faculty are going to be “pissed off.’’

“Speaking for myself, I would certainly include instructors, preceptors, visiting faculty, a wide range of people,’’ he said. “And I would be extremely upset to learn that somebody is [searching electronic records] without following the policy.’’ 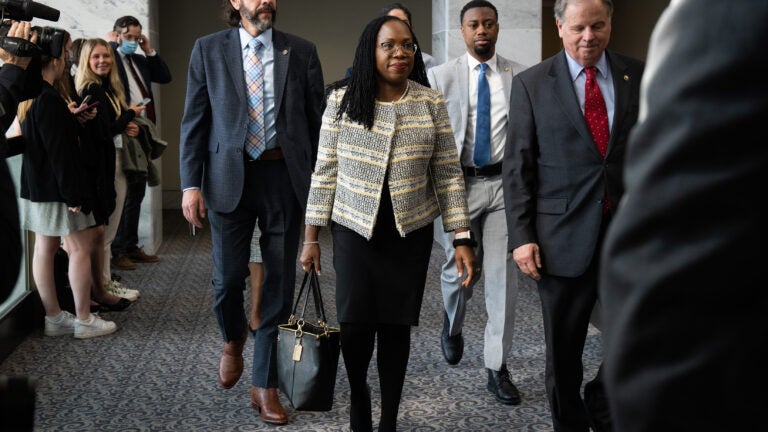