The wind and waves from last week’s storm pounded the fragile cliffs along Siasconset Beach in Nantucket, eroding large portions of the beach and placing a house in jeopardy, officials said.

In some places, the waves tore away as much as 30 feet of the cliffs that run along Nantucket’s eastern coast. The erosion pushed the 80-foot cliff edge inland, dangerously close to Baxter Road, which runs along the coast, said Jeff Carlson, Nantucket’s natural resources coordinator.

“There’s no real rock material, it’s all primarily glacial material, like sand, in the cliffs,’’ Carlson said. “It’s very prone to erosion from water and storms.’’

The owners of a garage that sat close to the shoreline demolished it after the storm undermined its foundation, he said. The erosion placed another house precariously close to the bluff edge and the owners may have to demolish it, too, if they cannot find a nearby lot to relocate the building.

In recent years, vegetation that helps prevent erosion has grown along much of the beach, Carlson said. But the steep angle of the bluffs and their sandy composition make them continually vulnerable to severe storms.

The town of Nantucket is still surveying portions of the beach (which is also known as Sconset Beach) to assess the scope of the damage, but Carlson said he believes no other structures are in danger. 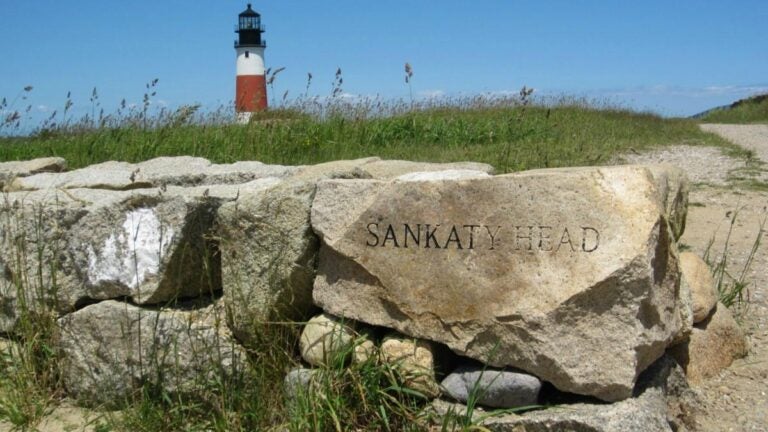 3 Mass. beaches are among the best in the U.S., according to Conde Nast Traveler