LOS ANGELES — A defense attorney for Christian Karl Gerhartsreiter, the con man who called himself Clark Rockefeller in Massachusetts, suggested today at Gerhartsreiter’s cold-case murder trial that victim John Sohus was murdered by his own wife, rather than by Gerhartsreiter.

“There will be enough evidence for you to reasonably conclude it could well have been John Sohus’s vanished wife, Linda,’’ attorney Brad Bailey said in opening statements at Gerhartsreiter’s Los Angeles County Superior Court trial.

But prosecutor Habib Balian drew a detailed timeline, alleging that Gerhartsreiter, at the time using the name Christopher Chicester, meticulously plotted the death of John and Linda Sohus in 1985 in San Marino, then vanished and resurfaced in Connecticut under a new name.

John Sohus’s remains were discovered in 1994 but not identified until 2008. Linda Sohus has never been found; she is presumed dead by authorities.

Balian told a jury of eight women and seven men today that John and Linda Sohus had been planning a trip to a science fiction convention in Arizona, but never went.

“Clearly, they never went on this trip,’’ Balian said. “John was buried in this back yard.’’

Gerhartsreiter, a German national, created an international sensation in 2008 after authorities, prosecuting him for abducting his 7-year-old daughter in Boston, exposed his past as mostly a fabrication. Gerhartsreiter had been passing himself off as Rockefeller, a con that he admitted allowed him to mingle in high society.

Gerhartsreiter received a five-year Massachusetts sentence in the kidnapping, but by that time had caught the attention of California authorities seeking to solve the homicide of John Sohus. At the time of the Sohuses’ disappearance in 1985, Gerhartsreiter was living in a guest house owned by John Sohus’s mother.

Born to German parents Feb. 21, 1961, Gerhartsreiter tried to pass himself off as a person of wealth and mobility to his San Marino friends and “integrated himself into the community,’’ where he would attend parties with fine wine and classical music, Balian told the jurors.

John Sohus’s dismembered remains were discovered buried in plastic bags when new owners began excavating the backyard of the house to build a pool. One of the bags bore a logo used by the University of Wisconsin-Milwaukee from 1979 to 1982. Gerhartsreiter was a student at the university in 1981, authorities have said.

During his opening statement, Balian projected pictures of several plastic bags containing John Sohus’s remains. According to a medical examiner, Sohus suffered large fractures to the front and back of his head and had six sharp cuts in his shirt, which appeared to indicate stab wounds.

Bailey acknowleged in his opening statement that Gerhartsreiter had used assumed names and acted strangely, but Bailey argued that such behavior was not reflective of a murderer.

He also said, “There’s plenty of circumstantial evidence … that favors our client’s innocence.’’ And he said that there was evidence that Linda Sohus, who was taller than her husband, “used her size and heft to strike those deadly blows … and then cover her tracks.’’

Gerhartsreiter left California in 1985 and moved to Connecticut and then New Hampshire before settling in Boston. He married Sandra Boss, a Harvard Business School graduate and partner at a consulting firm with a $2 million annual salary, in 1995. They had a daughter, Reigh, in 2001 before they divorced in December 2006.

Gerhartsreiter is currently being held on $10 million bail in California, where he faces 26 years to life in prison if convicted on the murder charge.

The witness list has more than 50 names, but it is unknown whether all will testify during the trial, which is expected to last as long as six weeks. 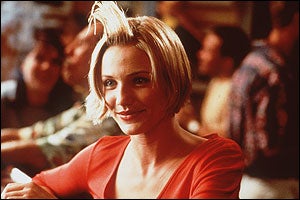 Bravo’s 100 Funniest Movies of All Time