NEW BEDFORD — Triple killer Daniel T. Tavares Jr. today was charged with killing a fourth person, his former Fall River neighbor Gayle Botelho, who disappeared in 1988 and remained missing until 2000 when Tavares led authorities to her grave in the backyard of his former home.

At an afternoon press conference here, Bristol District Attorney C. Samuel Sutter said a renewed investigation by his cold case squad and Fall River police obtained the evidence needed to charge Tavares with the murder of the mother of three. 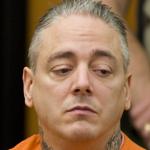 Sutter said during an afternoon news conference that prosecutors were able to charge Tavares with the murder after a key witness, who had previously provided an alibi, gave a different account to police within the past several months.

He said other new evidence also recently came to light, “but I would say that was the spark.’’

He did not identify the witness in question or release additional details about the new evidence, but said more information would be forthcoming at Tavares’s arraignment in Bristol Superior Court, which has not been scheduled.

Tavares is currently imprisoned in Washington state where he shot and killed a husband and wife in 2007 while on the run from Massachusetts law enforcement.

Today, one of Botelho’s three children, Heather Brogan, 29, said her mother’s memory remains fresh in her mind, even though she was just 4 when she lost her.

[fragment number=0]“I think about her all the time,’’ said Brogan, who lives in Fall River.

She said the family has often prayed for a break in the case.

“My regret is my mom passed away, and she didn’t get to see this day,’’ said Souza of Tiverton, R.I.

“She did get to bury her daughter, but she didn’t get to see the person responsible for taking her away [held] accountable for his actions,’’ Souza said.

At the time of her disappearance in October 1988, Botelho lived across the street from Tavares, who stabbed his mother, Ann, to death in 1991. Tavares pleaded guilty to manslaughter in that case. In 2000, Tavares told then-Bristol District Attorney Paul F. Walsh’s office where Botelho’s body could be found.

But Walsh said at the time that Tavares had implicated two other men in killing Botelho, who was stabbed to death, the state medical examiner ultimately concluded.

Tavares remained imprisoned for killing his mother until 2007 when he was released from state prison despite efforts by State Police and the Department of Correction to keep him behind bars for repeatedly assaulting correction officers.

Tavares’s bail on the assaults on the officers was originally set at $100,000 cash, but Superior Court Judge Kathe M. Tuttman released him on personal recognizance, the Globe reported in 2007.

Tavares fled to Washington, where he shot and killed his neighbors, Beverly and Brian Mauck, on Nov. 17, 2007.

Tavares pleaded guilty to killing the Maucks in 2008 and is currently imprisoned in Washington. 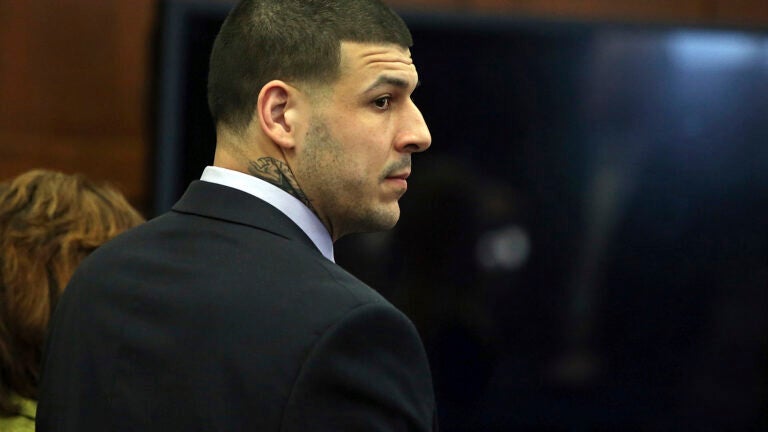 The fall of Aaron Hernandez