LOS ANGELES — Christian Gerhartsreiter, the man who passed himself off as a film producer extraordinaire, a baronet, and as a member of the Rockefeller family among other fabrications, today was convicted of murdering his landlord’s son in 1985.

After deliberating for about five hours over two days, Los Angeles Superior Court jury of six men and six women decided that the numerous pieces of circumstantial evidence proved beyond a reasonable doubt that Gerhartsreiter killed John Sohus, 27, and buried his body in the backyard of the Sohus family home.

Gerhartsreiter, who stood while the guilty verdict was announced, showed no emotion and later started chatting with his Boston defense attorney, Jeffrey Denner, after jurors had left the courtroom.

Sentencing was set for June 26. Convicted of first degree murder, Gerhartsreiter faces a sentence of 27 years to life.

On hand when the verdict was delivered was Ellen Sohus, the step-sister of victim John Sohus, who helped reignite interest in her sibling’s murder during the many years it went unsolved. She spoke with reporters shortly after the jury’s verdict was made public.

“There may have been something that he felt he needed to protect his mom,’’ she said.

Ellen Sohus said she attended the trial to demonstrate that her brother should never be forgotten.

[fragment number=1] “I love my brother,’’ she said, speaking of him as he were alive today. “My father adored John and was heartbroken when he found out he was murdered. He had family. He was loved.’’

She said that during the trial, she was accompanied by friends of Linda Sohus, John’s wife who also disappeared in 1985 and whose remains have never been found.

Asked to share her thoughts on Gerhartsreiter, she said, “I am not sure if I am ready to answer that.’’

Prosecutor Habib Balian told reporters after the verdict that he sometimes feared that Gerhartsreiter would succeed one final time as a con man.

“We’re very, very relieved. Sometimes, you’re afraid that this guy’s conned so many people for so many years that this would be the one last time he pulled off his last con,’’ an obviously upbeat Balian told reporters.

“But that didn’t happen. The system worked,’’ he added. “The jury looked at what was reasonable, rejected what was unreasonable, and they came to a just verdict.’’

Juror Salvador Ruiz said that his voted to convict the con man because of the totality of the evidence prosecutors amassed against him. He also said he was swayed by the way the fake Rockefeller led his life since 1985.

“It wasn’t one thing, it was the everything together,’’ Ruiz said.

Gerhartsreiter, the German con man who created an international sensation five years ago when he abducted his young daughter in Boston, was convicted of killing John Sohus while living in the guesthouse of a San Marino, Calif., residence that the victim’s mother, Didi Sohus, owned.

John and his wife lived in the main house at 1920 Lorain Road. Authorities presume that Linda Sohus is dead.

Gerhartsreiter, who went by the name Christopher Chichester when he lived in California and Clark Rockefeller in Boston, is a suspect in her disappearance but has not been charged in that case.

The jury started deliberating Tuesday at 10:15 a.m., after four weeks of testimony by 45 witnesses and 160 exhibits in Los Angeles Superior Court.

In his closing arguments, the prosecutor reminded the jury of witness testimony saying that Gerhartsreiter was observed burning carpet in the guesthouse chimney, that he borrowed a chainsaw, and that two bags that contained John Sohus’s dismembered remains had logos from the University of Southern California and the University of Wisconsin-Milwaukee, two schools the defendant attended.

The bags were unearthed after the new owners of the San Marino residence decided to put in a backyard pool in 1994. The excavators found the remains while digging, touching off a murder investigation that led authorities to Gerhartsreiter.

Balian also said that given the amount of time it would have taken to dig the backyard grave and dispose of the body, the killer had to live at 1920 Lorain Road.

But the defense suggested in opening statements on March 18 that Linda Sohus and not their 52-year-old idiosyncratic client killed John Sohus.

“There will be enough evidence for you to reasonably conclude it could well have been John Sohus’s vanished wife, Linda,’’ attorney Brad Bailey said as the trial in Los Angeles County Superior Court got underway.

Bailey and co-counsel Denner suggested that Linda Sohus had a “darker side’’ and wanted out of her marriage. The defense said that while their client was a con man, he wasn’t a murderer.

While the defense used the evidence to suggest that Linda Sohus was creating a smokescreen on her way to disappearing after killing her husband, Balian suggested that Gerhertsreiter used a ruse to get her to write on the postcards prior to their disappearing.

And Balian referred several times to a postcard Gerhartsreiter sent to a romantic interest making it appear as though he had sent it from Europe while he was still in California. Balian said that postcard showed that the defendant had the means to have mail sent from Europe while not actually being there. Gerhartsreiter took numerous measures to conceal his identity when he moved from San Marino, the same year the couple disappeared, in 1985.

He moved to New York, then New Hampshire, and eventually Boston. Going by the name Clark Rockefeller and passing himself off as a relative of the famous industrialist John D. Rockefeller, he was able to ease into wealthy circles and move among the elite of New England high society.

Gerhartsreiter’s tales unraveled in 2008 after he snatched his 7-year-old daughter from a Back Bay street and brought her to Baltimore, where he was arrested six days later. Gerhartsreiter is scheduled to finish serving a maximum five-year sentence this summer for the 2009 abduction conviction by a Suffolk County jury for taking his daughter during a supervised visit.

Gerhartsreiter may be sent back to Massachusetts to finish out that sentence. Since being charged with murder in California, he was was held on $10 million bail but continued to accrue time for his sentence in Massachusetts.

Gerhartsreiter’s life as a con man came to an end when Suffolk District Attorney Daniel F. Conley’s office successfully prosecuted him for kidnapping his daughter. In a statement, Conley applauded LA prosecutors for “finding justice for Mr. Sohus and his loved ones.’’

“Beyond his lies and tall tales, what we saw in this defendant was a shrewd and cunning offender,’’ Conley said in the statement. “We saw a man who planned his crimes in advance and took great pains to escape accountability, just like the one convicted today in Los Angeles. Christian Karl Gerhartsreiter was a mystery until he was identified, located, and convicted for his crimes here.’’ 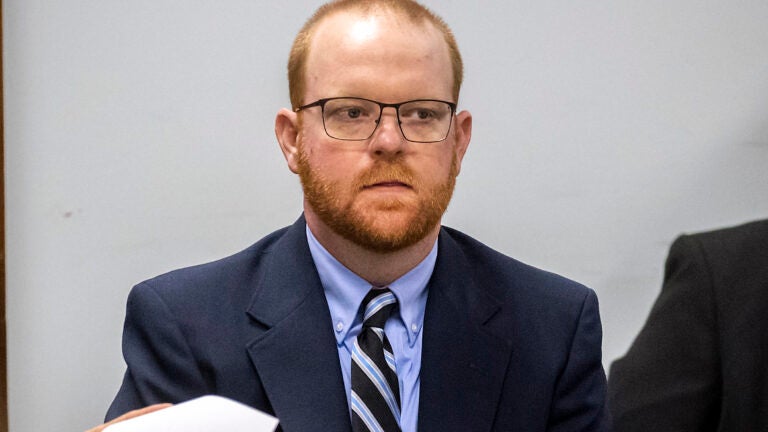