It was clear amidst the chaos Friday which was the hometown coffee chain.

On block after block of the Boston’s Financial District and Downtown Crossing, Starbucks shops went dark as the city locked down, spurred by a manhunt for the second marathon bombing suspect. Dunkin’ Donuts stayed open.

Law enforcement asked the chain to keep some restaurants open in locked-down communities to provide hot coffee and food to police and other emergency workers, including in Watertown, the focus of the search for the bombing suspect. Dunkin’ is providing its products to them for free.

“At the direction of authorities, select Dunkin’ Donuts restaurants in the Boston area are open to take care of needs of law enforcement and first responders,’’ spokeswoman Lindsay Harrington explained via email. “We are encouraging our guests to state home today and abide by the lockdown, per the Governor’s recommendation.’’

The stores, however, were serving anyone who came in, whether they were looking for a cup of Joe or a place to charge their phone. In the heart of Boston’s business district, where public transit commuters and travelers became stranded when the T shutdown, that was more than a few.

And when a smaller-than-normal lunch crowd started hitting the Dunkin’ Donuts on State Street and Broad around noon, the two employees bustling behind the counter just smiled wider in welcome.

Demitrus Glover, the worker who opened the store that morning, said it was a happy accident that he stayed with a friend in the area Thursday night — ensuring he was on State Street Friday, ready with coffee and snacks for anyone who needed it.

Don Foley, a glazer working in the offices at 60 State Street, visited the store with co-workers on a break, taking a few minutes outside to sip iced coffee. They came to work because they hadn’t heard that they should do otherwise before their shifts started. They stayed, Foley said, because, well, why not?

“I’m with this guy here — see those tattoos in his arm? He’s the toughest guy in our local,’’ Foley joked before becoming a bit more serious. “There’s a lot of police presence. I don’t think anything crazy is going to happen.’’

Starbucks, meanwhile, shuttered 64 stores once the city went into lockdown.

“When that lockdown went into effect, all of the stores were closed,’’ said Starbucks spokeswoman Jaime Riley. “It was strongly advised that partners and customers who were in the stores remain in the stores.’’ 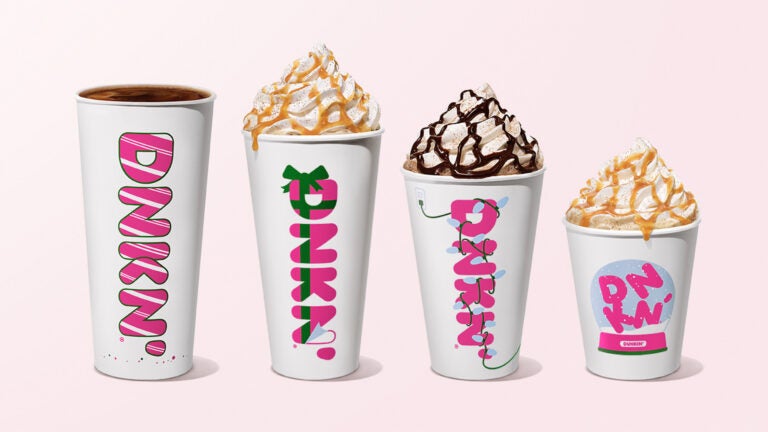