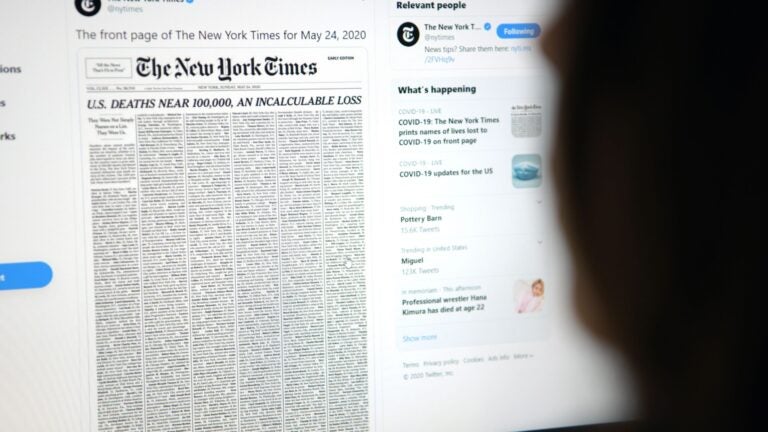 More than 80 Mass. residents were included in the New York Times’ tribute to coronavirus victims. Here’s who they were.