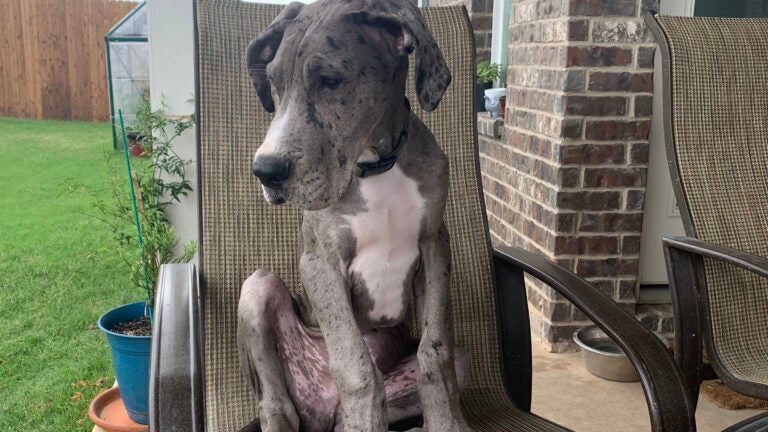 World’s tallest dog is 7 feet on hind legs. He likes to sit on laps.