Herenda, a North Bergen, N.J., native, went 95-54 in five seasons at UMass-Lowell, getting the River Hawks to the Division 2 tournament in his first four seasons. UMass-Lowell is set to join Division 1 America East next season, and now is without a coach.

From 1994-97, Herenda spent three seasons as an assistant coach at Seton Hall under George Blaney.

Russ Smith is staying at Louisville to chase another NCAA championship and a degree. The 6-foot-1-inch guard is passing on the NBA draft to return for his senior season, aiming to become his family’s first college graduate and also win another title. Smith’s decision contradicts father Russ Sr.’s declaration after the Cardinals’ NCAA championship win over Michigan that his son would enter the draft. Smith led Louisville (35-5) with 18.7 points per game this season, including 22.3 in the NCAA Tournament. After talking with coach Rick Pitino about his pro prospects, Smith decided Wednesday to stay.

Creek leavingIndiana guard Maurice Creek is leaving the Hoosiers and hopes to play his final season at another school. Coach Tom Crean said Creek will graduate next week and will look to play next season as a graduate student . . . Southern Cal center Dewayne Dedmon said he’s leaving school to enter the NBA draft. The junior played two seasons for the Trojans after arriving from junior college . . . Syracuse forward C.J. Fair is returning for his senior season. He was the Orange’s leading scorer and rebounder last season . . . Injured Penn State point guard Tim Frazier was granted a medical hardship waiver by the NCAA for a fifth year of eligibility. Frazier sat out most of last season because of a left Achilles’ injury.Charges dropped

Prosecutors dropped all charges against UConn center Enosch Wolf stemming from a February domestic violence arrest. The 7-1 junior from Germany, was arrested on Feb. 11 and charged with third-degree burglary, criminal trespass, and disorderly conduct. Police said he had refused to leave the campus apartment of a female friend and got into a physical confrontation with her . . . Three University of Charleston players, Terrell Lipkins, Robbie Dreher, and Quincy Washington, were dismissed from the Division 2 team after authorities charged the men in a downtown robbery.

Northeastern women’s coach Daynia La-Force has agreed to a three-year contract extension through the 2015-16 season. La-Force just completed the most successful of her seven seasons with the Huskies, being named Colonial Athletic Association Coach of the Year after the team went 17-13. That was the program’s highest win total since the 1999-2000 season. 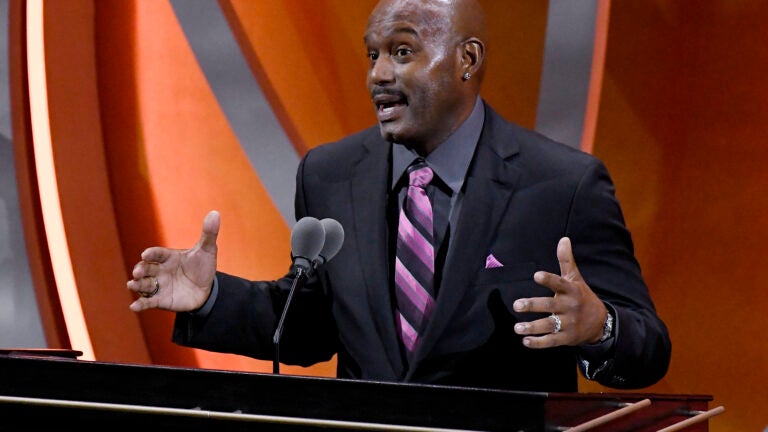 Basketball Hall of Fame enshrines its new Class of 2022